➢ In the face of Cowell X-culture, Polhemus discovers the style supermarket afresh 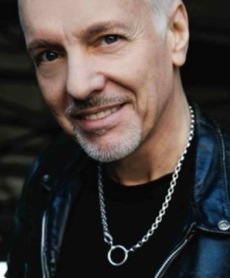 ➢ Six things some people might not know about Bowie

➢ As Station to Station is re-released, Egan discusses Bowie’s legacy: ‘It’s not rocket science and it is music’

➢ Anna declares McQueen a pioneer of dreams and drama

➢ The 1980s: A new history of that most turbulent of decades which sounded a knell for the mining industry

➢ Robinson takes the Cowell shilling — so whose bum is on the throne at Popjustice?

The 1980s ➤ A new history of that most turbulent of decades 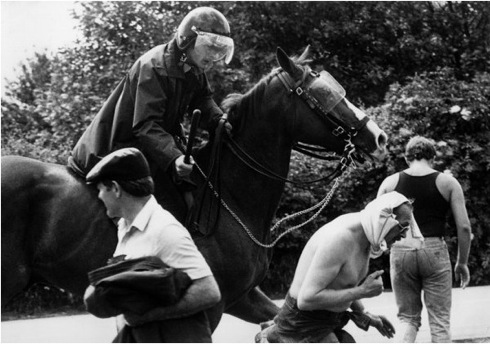 Mounted police attack striking miners picketing the Orgreave Coking Plant, South Yorkshire. Photographed © by John Harris/ReportDigital. The 1984-85 miners’ strike became a bitter industrial dispute and symbolic class struggle that saw picketing miners pitched against police officers, and colleagues — so-called scabs — who chose to return to work. The National Union of Mineworkers was protesting at the government’s plans for pit closures but the year-long strike proved a terrible defeat for the miners and for the coal industry. In 1984 there had been 170 coal mines open in the UK. By 2004 fewer than a dozen mines remained. The British trade union movement has never recovered.

❚ “MORE CHANGE AND MORE CONFLICT were crammed into the 1980s than any other decade in the second half of the twentieth century. Out of political chaos, Britain arrived at a settlement that lasted, for better or worse. The way we live now follows directly from the tumultuous events of the 1980s.”

In his new book, No Such Thing As Society, Andy McSmith, chief reporter and former political correspondent of the Independent newspaper, argues this was the conflict decade, defined by strikes, war and riots. He examines Britain in the decade of Thatcher and the City’s ‘big bang’, from the Falklands war and the miners’ strike to Bobby Sands and the Guildford Four, from Diana and the New Romantics to the Brixton riots and Band Aid, from the Rubik’s cube to the ZX Spectrum. He talks about the legacy of the 1980s and how this decade of extremes shaped contemporary Britain.

“You know, there is no such thing as society. There are individual men and women, and there are families. And no government can do anything except through people, and people must look to themselves first.” — Margaret Thatcher, talking to Woman’s Own magazine, October 31, 1987

McSmith maintains that “the 1980s was the revolutionary decade of the twentieth century. To look back in 1990 at the Britain of ten years earlier was to look into another country. The changes were not superficial, like the revolution in fashion and music that enlivened the 1960s; nor were they quite as unsettling and joyless as the troubles of the 1970s. And yet they were irreversible. By the end of the decade, society as a whole was wealthier, money was easier to borrow, there was less social upheaval, less uncertainty about the future.

“Perhaps the greatest transformation of the decade was that by 1990, the British lived in a new ideological universe where the defining conflict of the twentieth century, between capitalism and socialism, was over. Thatcherism took the politics out of politics and created vast differences between rich and poor, but no expectation that the existence of such gross inequalities was a problem that society or government could solve – because as Mrs Thatcher said, ‘There is no such thing as society … people must look to themselves first’.”

➢ Andy McSmith discusses the 80s with Andrew Marr on Start the Week (R4, Sep 20)
➢ No Such Thing As Society: Andy McSmith’s history of Britain in the 1980s is published by Constable
➢ VIEW: BBC audio slideshow on the year-long miners’ strike
➢ VIEW: frontline slideshow of the miners’ strike by photographers from the independent picture library ReportDigital