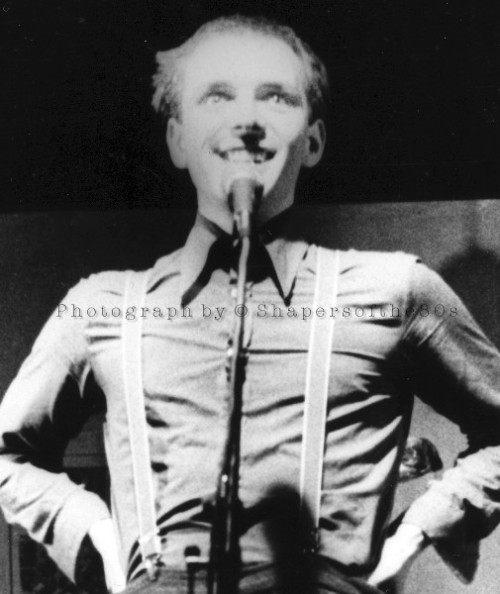 ❚ THE 56-YEAR-OLD STAR of The Comic Strip, The Young Ones and The New Statesman has died suddenly at his home in London. Long before his TV stardom, I met Rik Mayall in November 1980 in pursuit of the first magazine feature about the achingly funny team putting the Comic Strip’s new wave of “alternative comedy” on the map. Here is that first feature about them, with my own pictures:

➢ 1980 – At the Comic Strip, ‘alternative cabaret’ throws up the next generation of household names – here at Shapersofthe80s

“Rik Mayall was just pure wiry, energetic, unpredictable humour poured into the shape of a human. You couldn’t not watch him” – Charlie Brooker

➢ Ade Edmondson said: “There were times when Rik and I were writing together when we almost died laughing … They were some of the most carefree stupid days I ever had, and I feel privileged to have shared them with him” – Independent

➢ Mark Lawson pays tribute to a dangerously funny man … “The savage charisma that Mayall projected in his TV comedy roles led the director Richard Eyre to cast him, in 1985, in a National Theatre production of Gogol’s political satire The Government Inspector”

Feb 1978: The Makers, one day to be Spandau Ballet. Photographed by Gill Davies

➢ Cool 21st-century branding for Channel 4, but when will it junk those clunky Bladerunner idents?

➢ A step up in the world for graffitist Eine, thanks to Potus and lady friends who shop in high places 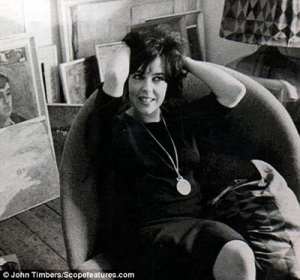 In her heyday: Molly aged 29 at her first art exhibition. Photographed © by John Timbers

➢ Miss Parkin regrets that she said no to Cary… and can’t wait to meet Orson, Lee and Walter

➢ 30 years ago today: First survey of their private worlds as the new young trigger a generation gap

➢ 1980: The day Spandau signed on the line and changed the sound of British pop

➢ 1980: Rik and pals detonate a timebomb beneath another kind of strip for Soho

On this autumn day 30 years ago, a handful of comics in their twenties broke free from the bear-pit formula of the Comedy Store, which had opened in London in 1979, modelled on its Hollywood precursor. These soon-to-be-famous clowns were angry with Britain’s complacency in the face of recession and decided to define a new kind of comedy. First news of the breakaway faction that would eventually make household names of French & Saunders, Rik Mayall, Adrian Edmondson, Nigel Planer, Peter Richardson and Alexei Sayle appeared in the Evening Standard’s On The Line page …

❚ SOHO HAS LONG ENJOYED A GOOD GIGGLE and now, cheek to cheek with the king of strip Raymond’s Revue Bar, the Comic Strip opens on Tuesday in the tiny Boulevard Theatre off Brewer Street. Billed as London’s “newest anarchic cabaret”, it could be called Son of the Comedy Store, a nightspot already well established as a Gong Show for would-be comedians.

“The Comic Strip’s going to feature the best of the Comedy Store and more,” explained Peter Richardson, one of a comedy duo called The Outer Limits, who are launching the enterprise with West End impresario Michael White (the man behind the musical Annie). “There was too much experimentation in the Comedy Store. We want to establish a certain standard at the Comic Strip.”

He and the comedians he has brought with him — including the Comedy Store’s acerbic compere, Alexei Sayle —believe the traumas of the 1980s have brought a sharper cutting edge to comedy comparable perhaps to the satire Germany fostered in the 30s. “Who wants to see Kafka on a stage when it’s all round us in real life? People want to laugh,” said Rik Mayall, one half of an act called 20th-Century Coyote. “There’s a growing interest in political cabaret too.”

This self-styled “alternative” comedy isn’t all heavy social comment by any means, its roots going back more to clowning. What these comics are attempting is deliberately to shake off the influence of the Footlights clan who have shaped British humour for the past 20 years. Mayall himself has a talent for the merciless lampoon. One of his sketches, a punk commuter lamenting his daily lot, is the funniest invention since John Cleese’s Ministry of Silly Walks.

Last weekend he and The Outer Limits were playing to packed houses at the Three Horseshoes, a pub theatre in Hampstead, as if to prove that alternative humour is booming. The Comic Strip promises a varied line-up which this month includes Pamela Stephenson from BBC-tv’s Not The Nine O’Clock News. Entrance will cost a flat £3.

The satire boom of the Sixties chose as its targets politicians, church, unions. The world has moved on, and in 1980 so-called “alternative cabaret” is gunning for rock entrepreneurs, media manipulators and a pre-packaged youth culture inherited at second hand . . .

Airline disaster movie: Nigel Planer and Peter Richardson as The Outer Limits at the Comic Strip, Nov 1980. Photographed © by Shapersofthe80s