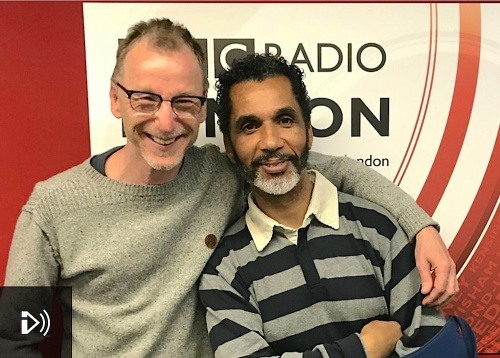 ◼ WOOOH! JUST COMING DOWN from a breathless hour of lunchtime radio today as Andy Polaris very nearly talked the hind leg off deejay Gary Crowley – which is quite a feat! The BBC Radio London host was inviting former Animal Nightlife singer Andy to reminisce about his life in the metropolis and to pick six landmark tunes that still matter to him. Of course his teen years were dominated by pop, but apart from the obvious gods such as Bowie, Andy surprised us by bigging up those feisty strong female bands of the late 70s who were muscling in after punk imploded. Andy spent weeks following Siouxsie and the Banshees round the country to catch her gigs. 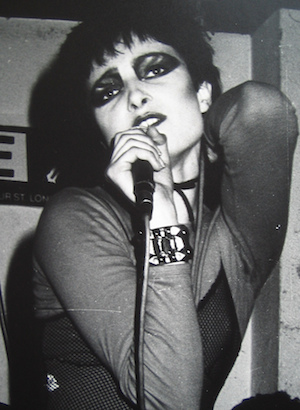 Siouxsie Sioux at the Vortex in October 1977. (Photo: Romany WG)

“Siouxsie you would see at a Bowie concert, and at a Roxy concert. The Slits you’d see at reggae concerts. Their music was fantastic: those albums Cut and The Scream and the X-Ray Spex first album – they’ve stood the test of time.

“Imagewise as well they were way ahead of everybody else – I loved that stuff to do with cinema, Poly Styrene with The Day the World Turned Day-Glo, and talking about recycling. She was well ahead of her time.”

➢ Previously at Shapersofthe80s: Escape to the Nightlifers’ Shangri-la just in time for Christmas 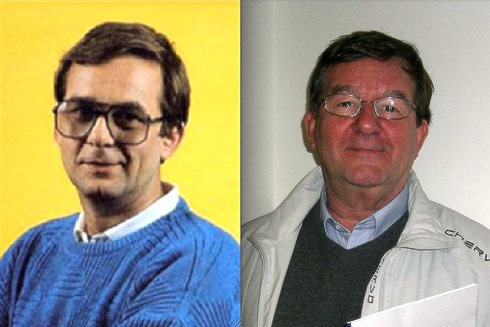 ❚ SHOCK NEWS TODAY: Robbie Vincent, the pioneering jazz-funk radio deejay of the 70s and 80s, is to leave Jazz FM after five years. His prerecorded weekly show this Sunday lunchtime will be his last and his flagship three-hour slot will be taken over by Jeff Young. Vincent broke the news this morning with a brief post at Facebook which said: “Sad news, this Sunday will be my last show on Jazz FM. I had hoped to do a final special show to thank you all for your loyal support but the station has decided that is not possible.”

Three hours ago Vincent posted a link to a news story at the industry website Radio Today which reports:

“ Robbie Vincent has been told he can’t record a final show on Jazz FM after he told station bosses he has decided to leave the station. Robbie has told Radio Today he’s leaving because he fears a ‘radio armageddon’ is on its way. “There will be news next week of further downgrading at the station,” he said. “Jazz FM has been such a difficult place to work at recently with it being so cash strapped. I offered to record a final show but management have declined my offer.” A spokesperson for Jazz FM confirmed Robbie wasn’t given a ‘final’ show saying “this is generally accepted practice” … ” / Continued at Radio Today

Since then Vincent has added a further comment at Facebook: “Perhaps when you read that it is ‘normal practice’ not to allow final programmes you will understand what high standards of staff care operate at Jazz FM. Ralph Tee and Steve Quirk were not ejected into space. These excellent broadcasters left with grace and good natured final programmes. The way it should be. Just a thought.”

The veteran presenter with Radio 1, Radio London, Kiss and LBC has hosted more than 200 of his Essential Rhythms shows since the re-launch of Jazz FM in October 2008. Station Manager, Nick Pitts, said today: “When I first started working at Jazz FM Robbie was one of the people I was looking forward to working with most. We are sorry that he has decided to leave and wish him luck and success in his future projects.”

“ I did invite ideas for the last programme but as JazzFM chose not to allow me to say farewell to my dear loyal listeners you will have noticed all reference to next week had been taken out. Not to worry, it’s James Torment time on Jazz FM now. Lots of news in the next couple of days to share with you. Hope you enjoyed the show. ” 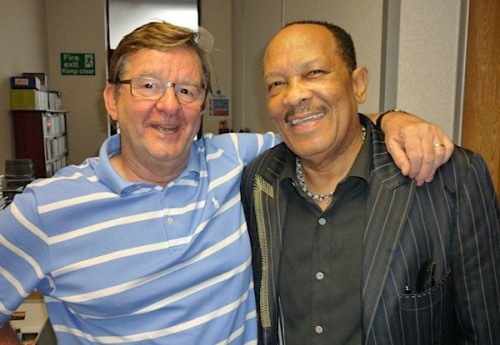