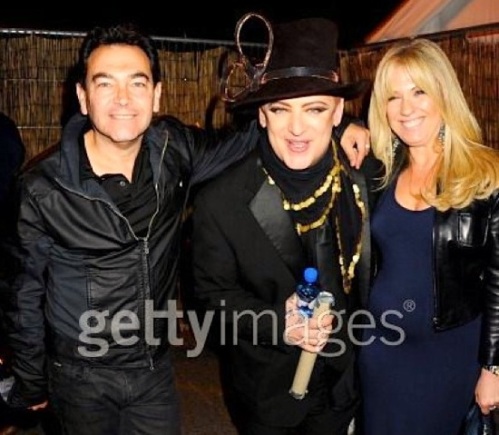 That Man in the Middle: George O’Dowd at his 50th birthday party with former Culture Club drummer and father of three children, Jon Moss and his wife Barbara. © Dave Benett/Getty

➢ Lest we forget: man has changed his ways since Peter Wyngarde cracked the sickest joke on vinyl

➢ Will the magical blasts from the past follow St Martin’s out of Soho? Plus — Pulp’s finest hour at the art school’s farewell party

➢ Heaven 17 remind us how electronic music can send the soul soaring! 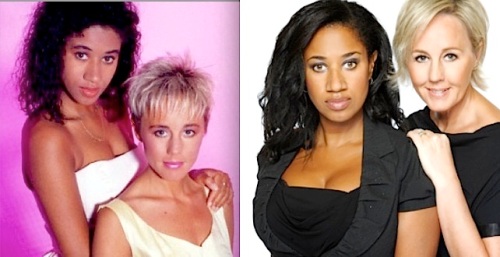 Back on tour: Pepsi & Shirlie in 1987, and this year photographed by Shirlie Kemp’s daughter, Harleymoon

➢ When Shirl asked Peps if she fancied an arena tour, Peps said to Shirl, Why not? — TV interview

➢ Aside from the freaks, George, who else came to your 50th birthday party?

➢ 1904, The day Nora made a man of Joyce — Bloomsday celebrated

➢ Boy George hits the big Five-0 and he now says, yes, he has ‘lots of regrets’ 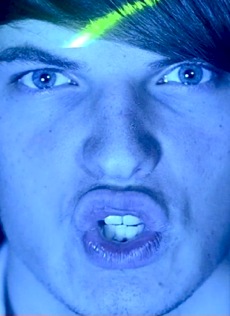 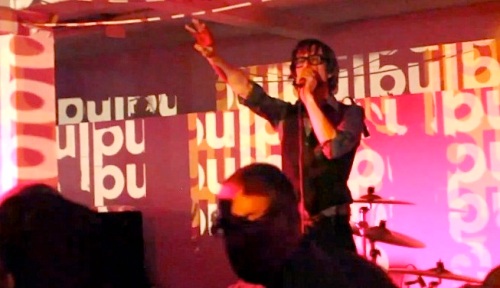 2011 ➤ When Shirl asked Peps if she fancied an arena tour, Peps said to Shirl, Why not?

❚ ON THE EVE OF THE HERE & NOW TOUR, Shirlie Kemp from 80s pop duo, Pepsi & Shirlie, talks to Vanessa about reuniting with Helen “Pepsi” DeMacque after 20 years — and why the reunion took so long. Answer: “Because when I had my daughter I realised that was all I wanted. I had a beautiful husband, Martin Kemp, a beautiful baby, and I wasn’t going to risk losing that.” Shirlie (née Holliman) also recalls how she joined Wham! as a backing singer to two of her former schoolmates, Andrew Ridgeley and George Michael. When Pepsi & Shirlie went their own way in 1986 their debut single Heartache went to No 2 in the UK singles chart and the American dance chart.

❚ “I’M THRILLED FOR ROMAN’S BAND. It’s one of the most exciting bands I’ve heard for a while. They’ve been rehearsing downstairs in my games room for the past year and they’ve turned out really well. Their sound reminds me a lot of Duran Duran, but the singer Cameron looks like Tony Hadley when he was younger and he’s got the vibe of Tony. He’s got a great voice, very expressive — he’s got a long way to go this boy.” 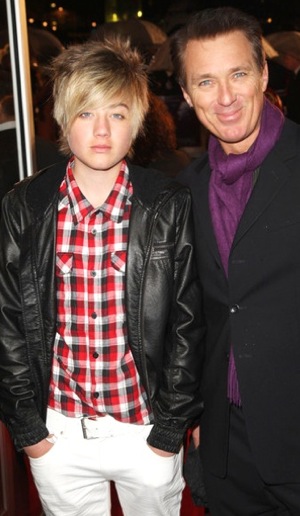 On the town: Roman and Martin Kemp a couple of years back. Photograph © Dave Hogan

OK, if that sounds like a doting father, yes it is. Martin Kemp is best known as one of British TV’s most popular actors after his stint as a villain in the leading soap, EastEnders, but the past year of course was spent touring as bass player with Spandau Ballet, his reformed 80s supergroup.

This Friday, the fourpiece called Paradise Point is unveiled at London’s coolest club-night, The Face, and Martin’s 17-year-old son Roman Kemp follows his father by opting to play bass. This group’s claim to novelty is that they all play their instruments live and their music is pop. They are the vanguard for a return to real Brit pop.

Martin says: “I’m just pleased for Roman that he’s in a proper band, rather than a boyband where five people stand up singing while working out when they’re going to sit on the stools. His band is very polished. If I think of the level Spandau had reached at their age, they’re well ahead of us, much more polished than Spandau were then.

“They look fantastic as well. It’s a band that’s made for girls to pin on their walls, which we haven’t had for a long time. That’s what needs to come around again.

“The whole thing of saying ‘Let’s be famous’ before you have a reason to be famous has meant being in a boyband is much easier than putting in the time and effort, learning to play your instrument, then finding mates who can play bass and the drums, bringing round the gear. That whole thing is a slog. But what you get out of that setup is a bonding experience with your band, which you’ve all been through. And that has disappeared at the moment. For me, it’s nice to see Roman inside a band where he’s got some real mates.”

Paradise Point are determined to return credibility to teen pop music by playing their own instruments live onstage. They offer a determined farewell to the X-culture inflicted on the singles charts by Simon Cowell and his cloned songbirds. PP have had enough of manufactured pop idols and prancing boybands

Spandau Ballet had already broken up by the time Roman was born but with a pop-star mother too — Shirlie Holliman from Wham! — there was always music in the house. Martin says: “I taught him to play guitar when he was about six, then he got into rap for a while. Like all kids, this killed learning any kind of instrument, because they’re into the gangsta rap words.

“He’s turning into a good bass player, a lot like John Taylor. Yes, from Duran! I don’t mind who he wants to turn into. If your kids go into the entertainment business, success isn’t about how much money you make — it’s about turning your hobby into your job. For me, that is success. If he can do that fantastic.”

So, Martin, are you coming down to The Face to see Paradise Point? “Absolutely. I’ll be roadying. Back to my original job with Spandau.” 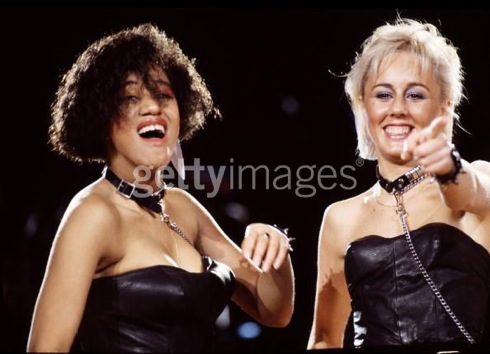