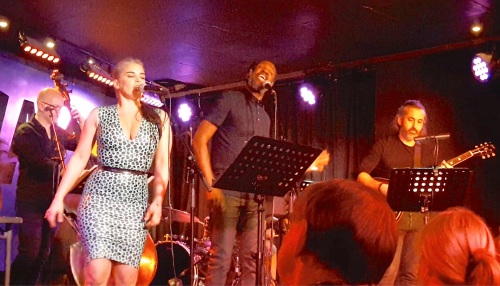 2019 ➤ The Boulevard rises from the ashes of the Raymond Revuebar 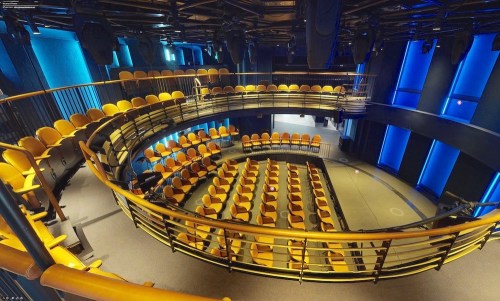 ◼ AN INTIMATE NEW 170-SEAT THEATRE and function space has opened in Soho on the site of Paul Raymond’s original striptease Revuebar from 1958 to 2004. It is named after the Boulevard Theatre which reinvented itself there in 1980 from its racy predecessor by showcasing The Comic Strip team who went on to rewrite the rules of British comedy. The stage proved the springboard to success for Alexei Sayle, Ade Edmondson and Rik Mayall, Nigel Planer and Peter Richardson and Dawn French and Jennifer Saunders.

After a £40m redevelopment of the site in Walker’s Court under the shrewd business eye of Raymond’s grand-daughter Fawn James, there’s now an active programme of theatre and weekly late events for live music, cabaret and comedy. This weekend’s unruly Friday comedy set from 10.30pm was fronted by the wry Kiri Pritchard-McLean. Stand-ups included Olga Koch, whose name struck a risqué note from the start, plus an Edinburgh Award winner who sadly didn’t quite click. However, topping the bill at machine-gun speed was TV face Rhys James and he alone was worth the £15 ticket price.

The in-house theatre production playing daily is Ghost Quartet, the 2014 “song cycle about love, death and whiskey” by American Dave Malloy, directed by Bill Buckhurst. In January comes The Sunset Limited, from the American novelist Cormac McCarthy, his 2006 exploration of free will dubbed “a novel in dramatic form” and directed by Terry Johnson, the multi-award-winning British dramatist.

The Boulevard’s rebirth is down to Fawn James as a director of Soho Estates, who says she intends to honour her grandfather’s legacy as an impresario and property investor by helping to promote Soho as an arts and entertainment district. The Boulevard’s artistic director is Rachel Edwards who founded the award-winning Tooting Arts Club.

The glorious Revuebar neon sign from Raymond’s era has been faithfully reconstructed to shine out as a Brewer Street landmark though, true to neon tradition, several letters have already blacked out! The four-storey building houses an adaptable, state-of-the-art auditorium, restaurant, bar, lounge and rehearsal room. Versatility is at the core of the venue, with every space fully customisable for a range of functions embracing weddings and conferences. The Boulevard has been actively recruiting to fill a variety of jobs. 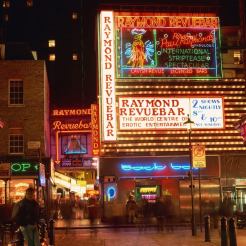 “ The Boulevard Theatre features stalls and a balcony that both revolve independently, along with a stage that moves up and down, making a wide variety of different configurations possible. The entire project is designed by Soda, a London-based studio that works across architecture, interiors and graphic design. It forms part of a new development in the heart of Soho.

The bar and restaurant is an art-deco-inspired space featuring pink panelled walls, marble surfaces, brass lighting, and leather and velvet upholstery. There are also subtle references here to the Boulevard logo, while the glass bridge features an inlay of lace, in reference to a brothel previously located on this street.

Soda worked with theatre specialist Charcoalblue to make the auditorium as functional as possible. The transformations all take less than 10 minutes, so the space can easily host three or four different types of performance in one day.

Developer Fawn James said: “One of the things that I really wanted was that element of surprise, because when you’re in Soho you don’t necessarily know what you’re getting. Sometimes you could come to a show in the round, go downstairs, grab a bite to eat, then come back up for the next show and feel like you’re in a completely different room…” / Continued at Dezeen online

Photography is by Jack Hobhouse unless otherwise stated

➢ Previously at Shapers of the 80s:
1981, At The Comic Strip, ‘alternative cabaret’ throws up the next generation of household names