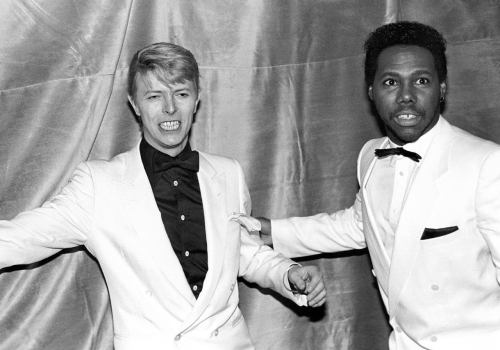 ◼ AMONG MANY SENSATIONS during three foot-tapping hours in the company of Nile Rodgers on Saturday night was a rare audio track possibly being played out in public for the first time. Rodgers is not only curating this year’s prestigious South Bank Meltdown festival in London but his own band Chic headlined the opening night with a mighty seamless stream of dance-floor hits. Rodgers preceded the concert with a lengthy talk about his unrivalled career as one of the most influential record producers ever, an icon of black excellence along with Quincy Jones and Stevie Wonder.

He described how he had met David Bowie in the early 80s and as they bonded over their love of jazz, Rodgers says he “realised that David Bowie was the Picasso of rock’n’roll”, meaning his gift for thinking in the abstract. They were soon collaborating over Bowie’s album Let’s Dance, released in April 1983, almost three years after his previous album, Scary Monsters.

More specifically, once Bowie had joked “Is there such a thing as too funky?” Rodgers set about doing what any jazzman does – he was “rearranging” Bowie’s music in their studio sessions. And on Saturday Rodgers told this electrifying yarn by playing us Take One of the slightly protracted Let’s Dance session that started with Bowie in dirge-like mode. Eighties singer Andy Polaris tells it like this in his review of the Meltdown show:

“ In one extraordinary sequence Rodgers revealed the genesis of his collaboration with David Bowie on Let’s Dance. It was thrilling to listen to a rare recording few people have ever heard as the track was transformed from an almost twee throwaway song into the rhythmic funky stomper that it became. During the first take in the studio, we heard Nile introducing David to his arrangement and Bowie experimenting with melodies and phrasing while Nile carefully coaxed him by explaining the number’s metamorphosis. We listened as David gradually grew more excited, climaxing in obvious satisfaction when he finally “got it” – this, the single that would become his biggest hit! The whole episode provided a revealing insight into how Nile works as both a guitarist and a producer and was a rare treat for Bowie fans in the audience… ” 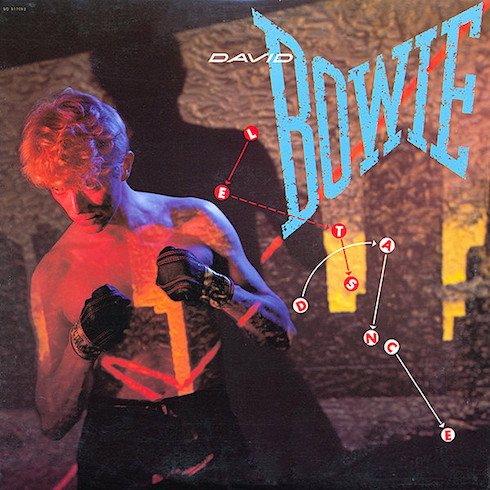 MORE ON THE BOWIE-RODGERS PARTNERSHIP

➢ “I thought I was going to get fired over my riff to China Girl because it’s so corny. But he heard it and went, That’s amazing!” – Pitchfork 2016:
“ As a black man in America, there’s not a day that goes by that I’m not reminded of being black. It has nothing to do with me. Some people are just uncomfortable with my presence. It’s never gone away. With Bowie, though, I never felt that at all. He made Let’s Dance with me and guys that he never even met, but he had enough faith to allow me to completely take over. He was like, ‘Nile, take my vision and make it real. You be the impresario.’

The whole album was completed and mixed in 17 days. There’s no four different versions of Let’s Dance, no five versions of Modern Love. That’s just it. Done. End of story. A huge amount of the time he spent sitting in the lounge watching TV and then he would just come in and check and go ‘Wow!’ and then he would leave. And I’m thinking to myself, ‘This is the highest form of respect that anyone has ever given to me’. . .” 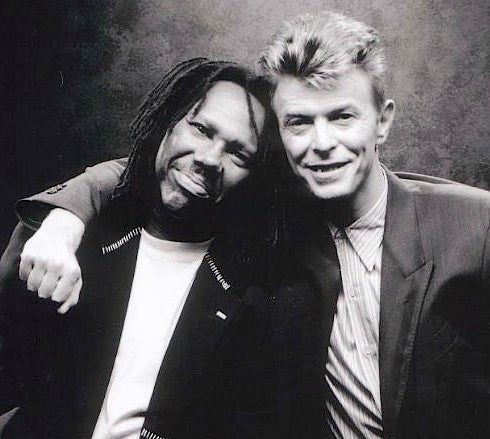 ➢ The producer of Let’s Dance, Bowie’s biggest-selling album, asked the singer if he’d made it too funky. ‘Is there such a thing?’ he replied – from the Guardian 2016:
“ Before we wrote a single piece of music for [Let’s Dance], we did a research project where we played lots of records and talked about what the album wanted to say, how it should sound as a whole. Then one day David said: ‘Nile, this is what I want my album to sound like’ and he showed me a picture of Little Richard in a red suit getting into a red Cadillac convertible. How do you translate that?! But in actual fact I knew exactly what he meant, and that was the point I realised that David Bowie was the Picasso of rock’n’roll. He got uncomfortable with me calling him that but I did it anyway. Because I realised he saw the world in an abstract way, as well as in the way we all see it. And what that picture meant was not that he wanted a retro record, or something based on Little Richard’s music, but that he wanted something that would always look modern. He showed me the future and the past and it was evergreen. The highly designed Cadillac and the red monochromatic suit – that picture was taken in the 1960s but it would still look modern to someone in the year 3000! . . .”