+++
◼ AS WITH ANY ARTICLE AT THE GRAUNIAD about New Romantic cheerleaders Spandau Ballet, the resulting comments published online are always riotously entertaining. This is the one band that really winds up Guardianistas to a pitch of fury. When the 80s band announced their reunion tour in 2009, Michael Hann declared how much he’s always loathed them in a Graudina music blog which then provoked 342 comments — 342! — most of them apoplectic. How many other bands can claim such a following?

As it happens the Spandau songwriter has recently published an 88-page coffee-table book, titled The Lyrics of Gary Kemp from Lyric Book Company

Today for no apparent reason, the Guranaid runs an item about how Gary Kemp and Steve Norman made Spandau’s 1983 No1 hit True, in which lyricist Kemp admits: “I’m still berated for the line Take your seaside arms, but it’s straight out of Lolita by Vladimir Nabokov.”

Readers of Shapersofthe80s already know that the song was inspired by Kemp’s unrequited pash for poppette Clare Grogan — he was 22, she was 18 — who fronted an 80s band of Scottish cuties called Altered Images. On the same page, Steve Norman deconstructs his self-taught sax solo which has a key change in reply to Grover Washington’s Just The Two of Us.

All of which strangely prompts tearful blubbing at the Graun, rather than the usual explosion of acerbic outrage. Specimen comments follow after this gratuitous excuse to run a video…

VIDEO OF DARLING CLARE IN HER HEYDAY,
NOT TO MENTION SWIVEL-HIPS TICH

❏ Nepthsolem moans: “It always sounds to me like See side arms, as though referring to the service revolver I imagine was issued to all New Romantics, but sadly never used on TOTP.”

❏ DeeSawdeley says: “I always thought it was seaside aunt, which (for those of us with a seaside aunt, anyway) makes much more sense. Bet he wishes he’d written that now!”

❏ Stolencar comments: “Note also he says she gave him a copy of Lolita not that she had read it.”

❏ To which Vastariner responds: “There’s a picture of her reading it on the front of the Best Of Altered Images compilation released in 1991. Some might call me obsessed for knowing that, or because I have a username taken from one of her lyrics… etc etc.”

❏ From another planet, Golgafrinchan sobs: “I had unrequited love for Clare Grogan, still do to be fair. If you’re reading this Clare, get in touch, there’s still time.”

❏ DameHedwig adds: “I’ve often told my son that if things had worked out for me, Ms Grogan would be his Mum.”

❏ And Mccaugh: “As for the sublime Miss Grogan, well, just how many times did we go and see Gregory’s Girl? Helped, of course, by the fact that it ran at the Dominion Cinema in Edinburgh for three years non-stop.”

❏ Finally Bloodydoorsoff tells a despicable and blatant untruth about darling Clare, so you’ll just have to go to Grunadia Online to see it. And plenty more. 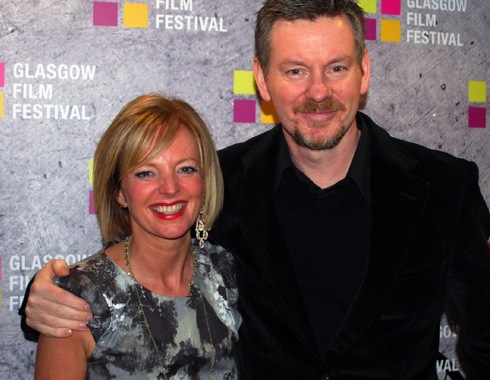 +++
❚ WHY DID MUSICIAN GARY KEMP find it so “hard to write the next line” in the biggest smash hit love-song of his career? He was not hobbled by writer’s block, but was tongue-tied in admiration of a “wee Celtic pixie” who sang in a Scottish pop group and starred in the hit British romantic movie of 1981.

At exactly the moment his band Spandau Ballet were desperately trying to rescue their flagging fortunes in 1982, Gary was smitten with the pretty girl. The trouble was that she had two other rivals vying for her affections. Honour required discretion, and his love remained unspoken while the three admirers stood hopefully in line. When his beloved gave Gary a book as a gift, suddenly its “words bubbled up inside, percolating through me”, he said years later. He knew he had to send them back to her in a song “so she’d know it was about her” and for double measure added the tell-tale line “I want the truth to be said”.

As it happens the Spandau songwriter has recently published an 88-page coffee-table book, titled The Lyrics of Gary Kemp from Lyric Book Company

Gary pretty much identified his never-to-be sweetheart in the autobiography, I Know This Much, published in 2009, where he convincingly dovetailed the one-sided romance with a sequence of other events to account for the genesis of his band’s first No 1 hit, True. In the light of which, perhaps fans can better relish the song-words, when they are re-published this week in a book titled The Lyrics of Gary Kemp.

The very keen will want to invest in the special limited edition signed personally by Kemp and available exclusively through his own website Garykemp.com. The collection represents a songwriting career that has spanned four decades.

All the lyrics from all his songs for Spandau Ballet, plus his solo album Little Bruises, make up this anthology of 60 tales of love, loss and of course London… from growing up in Soho in the 1970s (Chant No1) to the entirely autobiographical 1983 hit about unrequited love (True) through to bittersweet reflections on life (An Inexperienced Man, the solo single in a Celtic groove, released in 1995). 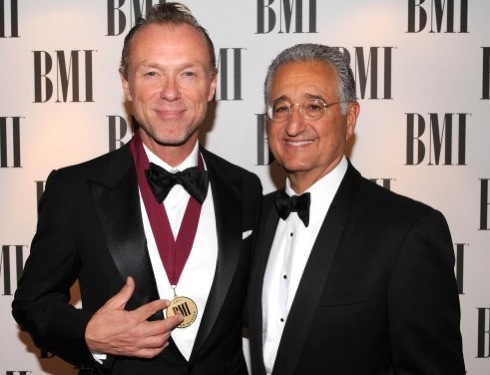 Kemp is widely acknowledged as one of Britain’s finest songwriters, and won this year’s prestigious BMI Multi Million Award for True after it notched up 4 million radio plays in the US — a significant achievement for a song released in the 1980s — partly because it embodied enough of “the sound of my soul” to be played on black stations too. The song was written on his bed in his parents’ north London house at the age of 22, while he competed with his mum’s vacuum cleaner. At the awards ceremony, he said he’d never imagined True going on being used in films and TV shows as different as The Simpsons, Modern Family and Ugly Betty.

“If you can write one song that’s still being played 28 years later, you’re lucky! We were playing at a time when a lot of people only bought records, they didn’t buy computer games. Music is much more important to that generation.”

The 88-page coffee-table book, The Lyrics of Gary Kemp, is presented bound in a cloth cover, and the first 250 will be personally autographed.