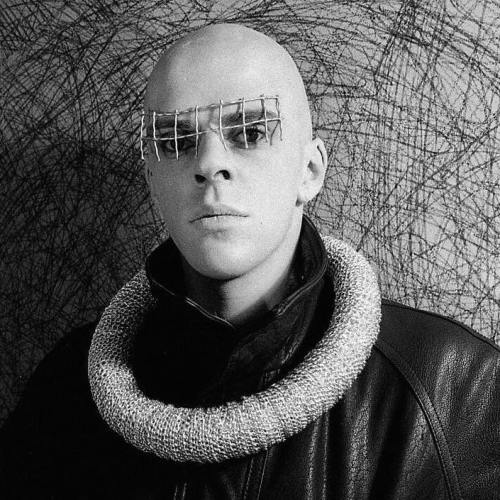 ◼ THE VERY DAY THIS WEEK WHEN HM THE QUEEN put a smile on the face of the British fashion industry, by attending London Fashion Week for the first time, also brought the sad news of Judy Blame’s death, aged 58. He (yes, he) was one of those self-taught iconoclasts who was acquiring a luminescent reputation in the electric 1980s when Fashion Week came into being, driven in part by the streetwise youth culture that Shapers of the 80s celebrates.

Blame shared friends with the charismatic Ray Petri whose flair gave kudos to the word “stylist” by injecting attitude and dash into the role of the humble gofer who gathered props and make-up for a photo shoot. This was the generation of creatives who asserted their urban savviness and shifted the word style itself from meaning a suspect and second-rate lure with which marketeers sold their wares. By the end of the decade, style and fashion had become distinct goals in their own right, the first announcing individuality in consumer choice and mainstream media, while fashion confirmed convention.

Blame’s own talents as an image-maker were celebrated in 2016 at an Institute of Contemporary Arts exhibition titled Never Again which displayed his DIY jewellery, objets trouvés, clothing, photomontages, sketchbooks and T-shirts, and gave insights into working with Neneh Cherry and Massive Attack.

➢ Pictures and fulsome tributes to Judy Blame
on our inside page

Born Chris Barnes in 1960, Blame died on 19 February 2018 and the tributes flowed in. Dylan Jones, editor-in-chief of GQ, wrote: “He was an artist, a genuine one, someone who could cherry-pick cultural detritus and then mix it all together to create something new, something lasting.”

Scarlett Cannon, Blame’s dearest friend and partner in fronting the Cha-Cha club-night 1981-82, said: “I’m heartbroken but so happy to have had him in my life all these years. He left such a rich heritage of inspiration and touched so many people.”

➢ So much purpose. So much talent – Tribute by Paul Flynn at Guardian online, 20 Feb 2018