2013 ➤ Want to know the future of nearly everything? Vice magazine has the answers 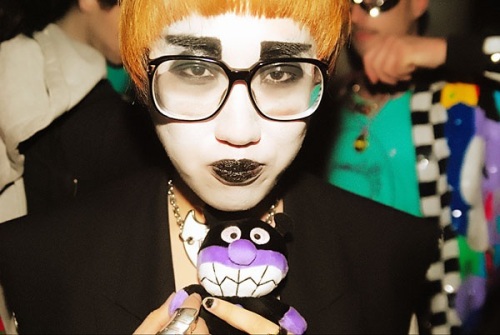 Boombox clubber: “attempting to look like their MySpace profile”

➢ So, Vice Future Week – what is it? – Alex Miller, Editor-In-Chief, Vice UK, writes: “Well it’s a series of blogs (or essays – that’s how I’ve explained it to people who I’m intimidated by) about THE FUTURE.” Right ºOº. Fortunately, the essays mostly prove compelling, so here are a few online soundbites from Alex’s more focused commentators…

➢ In The Year 2022: Looking Back at the Decade – “The Islamic Republic of Catalonia seemed new and scary to a lot of people, but Islamic city-states are hardly an innovation in Spain. Prime Minister Boris Johnson was such a laughline ten years ago, like Mayor Boris Johnson before, that I think most people were prepared for it…” 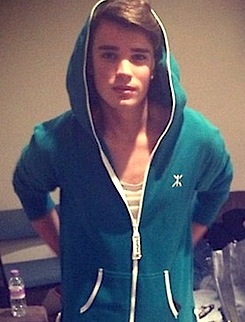 Soft fashion: weighing us down

➢ Things That Need to Die Before British Culture Can Move Forwards – “British culture is in a weird place right now. Teenagers are buying their drugs on the internet, but getting their clothes from Hollister. Hardbody MCs are beefing with each other about the merits of Ed Sheeran, and Mail Online’s Sidebar of Shame is a cultural staple on which careers are born and killed… There are many facets of our culture that are really weighing us down. The albatrosses slowly breaking our necks, the clips on our cultural wings. So let’s name those things: gentrified fun… cocaine… bedroom vanity… consensus cool… soft fashion…”

➢ The Future of Fashion – “I’d like to think I’d be braced for the following bombs to drop in the next decade: China is set to rise from consuming only ten per cent of the world’s international luxury goods, to 44 per cent… The internet means that very specific city-based subcultures are catching on globally… Shops “will become more like showrooms”… The effect new browser systems will have on fashion will be similar to how East London venue Boombox was “a nightclub full of people attempting to look like their pictures on MySpace”. People will “try to look 3D, or like a computer”…” 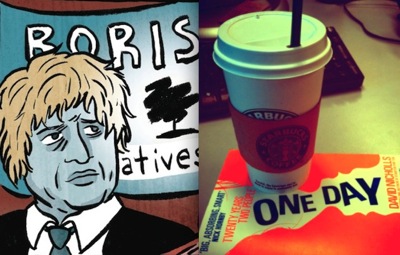 ➢ The Future of Guitar Music – “Guitar music, despite my best efforts, isn’t dead… Somehow, according to industry insiders at Radio One, NME and (that most respected and time honoured bastion of rock’n’roll) Kiss FM; without it ever having gone anywhere, the guitar is on its way BACK… Last year, Jack White, Linkin Park, Bruce Springsteen and Matchbox Twenty all scored Billboard number one albums in the US, while The xx, The Vaccines, The Killers and Muse all enjoyed number one records over here…” 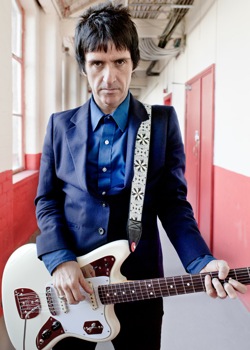 Take me to the moon: Marr with his new Signature Jaguar

❚ YES, THIS IS ONE MASSIVE product plug but, wow, Johnny makes it also sound like a mighty love affair. From his fame with The Smiths, Johnny Marr is indisputably the maestro of the UK rock guitar sound of the 80s. Today on his blog he introduces his own bespoke guitar, the Johnny Marr Signature Jaguar, which he has spent years developing with Fender, the Arizona instrument maker.

This 14-minute video amounts to a low-key masterclass by one of the all-time greats in his field. In a play-through of all the Jag’s functions and switches, Johnny details what goes into customising a guitar to meet the individual musician’s needs. He has dealt with each little niggle that has irritated him over the years, the biggest being the jazz switch, he says, which was prone to being thrown at the wrong moment.

Johnny concludes: “For someone who’s grown up from being a little boy thinking that guitars are the greatest object in the world bar none, to have designed your own is a little bit like designing the spaceship that went to the moon.”

His verdict: “It sounds like I’m supposed to sound, I think.” 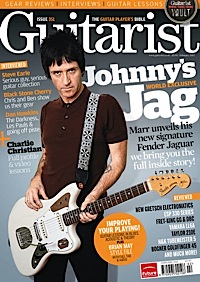 ➢ In issue 351 of Guitarist magazine — “We sit down with Johnny, his tech Bill Puplett and designer John Moore to discuss what makes the Johnny Marr Signature Jaguar so different”