◼ ZAYN MALIK IS REVEALED TODAY as the poorest member of One Direction according to estimates calculated by the annual Sunday Times Rich List. Two years after the boybanders split, he seems to be feeling the cost of going solo, though at least he got back together this week with Gigi Hadid and wore his Looney Tunes T-shirt hoping to put a smile on both their faces. Among the pals in his former band Harry Styles is said now to be the richest of the five, worth £50m.

Mind you, Harry’s wealth pales beside Ed Sheeran at £80m, and Adele who is now estimated at £140m ($190m). In the week she turns 30, she becomes the top earner among the Top Dozen “under-30” pop stars in the UK and Ireland. The only other notables are Sam Smith at £24m, probably boosted by last year’s album, and Rita Ora who enters the list with £16m, presumably boosted by her deals with Adidas, DKNY and other brands.

Writing about broader shifts in wealth within society, Robert Watts, who compiles the Sunday Times Rich List, said: “Streaming services, the internet and income from endorsements are helping today’s young musicians build an international following – and with it their fortunes – far quicker than the older rockers. Some of the biggest risers [proportionately] over the past year have been amongst younger acts such as Ed Sheeran, Adele and Calvin Harris.” 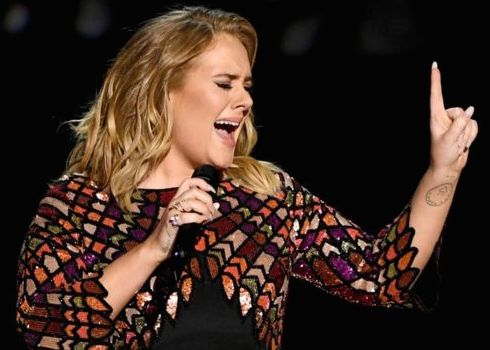 Sheeran’s fortune leapt by 54% this year, while Adele’s rose by 12%. She is reported saying “money is of little interest” and has rejected offers of celebrity endorsement. The chart-savvy Scottish deejay and crossover producer Harris (worth £140m, up 17%) charges the mind-boggling sum of £370,000 whenever he spins discs in Las Vegas “dozens of times a year” and “seven-figure fees” when playing in Tokyo! Consequently Harris, now aged 34, has topped the Forbes list of the world’s highest-paid deejays for five consecutive years. Eat yer heart out, Rusty Egan!

The UK’s Top 40 musical wrinklies are led as usual by Paul McCartney, at £820m when valued alongside his wife Nancy Shevell, which makes him the richest musician in the history of the Rich List. He has also benefited from the deal that made The Beatles’ 13 albums available on streaming services in 2015. After him come Andrew Lloyd-Webber £740m, Elton John £300m, Mick Jagger £260m and Keith Richards £245m. Ker-ching! Only three performers survive into this year’s list from the Swinging 80s (at a stretch): Gary Barlow (£80m) of Take That, who formed in 1989; Irish singer-songwriter Enya (£104m); and Ozzy Osbourne (£140m), the heavy metallist fired as vocalist from Black Sabbath, who started his solo career in 1980 and released 11 studio albums.

* Valuations of musicians’ wealth for the Sunday Times are based on research by Cliff Dane, author of the Rock Accounts books.

➢ The top 25 bigwigs in UK fashion are worth a staggering £48bn, from the Weston family (Primark, Selfridges, Brown Thomas) to Leon Max – listed at Tatler 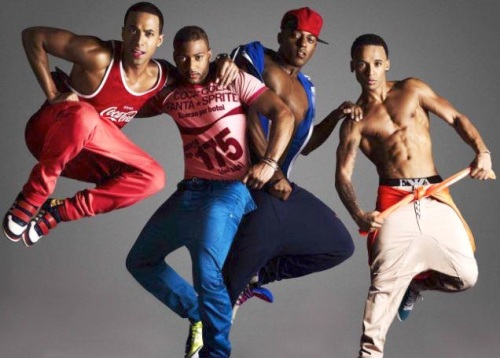 ❚ NO REALLY POPTASTIC SURPRISES in the annual Sunday Times Rich List for the UK and Ireland, published today. Adele, inevitably, tops the Richest Young Musicians after the past year’s runaway success that more than tripled her estimated wealth from £6m to £20m ($33m). There are only five newcomers each worth £5m ($8m) in the top 20 millionaires aged 30 and under. One is Jessie J, 24, the former Brit School student who has sold close to 1m copies of her album Who You Are and is currently mentoring on the television show The Voice UK. The others are all four members of JLS (short for Jack the Lad Swing), the UK’s coolest boy band, who came to fame on The X Factor and released their third album, Jukebox, last November.

♫ View video: JLS performing their January release,
Do You Feel What I Feel?

The under-30s millionaire list is nowhere in the same stratosphere as the main Sunday Times Music Millionaires Top 50. These are the grandees from the headier days of British rock who have had a lifetime in which to amass royalties — ex-Beatles, Stones and assorted moguls. Among pop performers, the 70s are still represented by David Bowie (today valued at £100m, $163m); the Swinging 80s only by George Michael (up this year to £100m); the 90s by Robbie Williams (£100m), as a new entry the joint husband-and-wife wealth of Coldplay’s Chris Martin and actress Gwyneth Paltrow (£72m), plus Take That’s Gary Barlow (£50m).

+++
The same trio as last year head the Young Entertainers Rich List, led by Daniel Radcliffe, aged 22, who starred in eight Harry Potter films and has increased his wealth by £6m in a year to £54m ($88m), helped by the success of his latest movie, the gothic thriller The Woman in Black. At No 2, Twilight star Robert Pattinson has added £8m in a year to his fortune and is now worth £40m. Keira Knightley is the third top-earning movie star, still worth £30m.

➢ Britain’s top ten richest people in the world of social media are worth a combined £15.8bn — The Daily Telegraph reports that, sprinting fast behind the billionaires, is the 29-year-old co-founder of Spotify, the legal online music streaming service. London-based Arsenal supporter Daniel Ek is the highest new entry on the Music Millionaires Rich List as well as No 8 in the…

All these artists fall into the category of “Richest British and Irish music stars under 30”, which is of course a sideshow to the main list of music-industry big-hitters. The top ten music millionaires is always headed by boring impresarios (big leap by Simon Cowell this year), so down at No 4 Paul McCartney remains the richest performer with £495m of assets ($812m), way ahead of the other veterans Elton John £195m, Mick Jagger £190m, Sting £180m, and Keith Richards £175m — all of whom have longevity in their favour. Sudden additions to the Rich List music millionaires include Brian Johnson (£50m), the lead singer of the rock band AC/DC, and John McColgan and Moya Doherty (£70m), husband and wife co-founders of Riverdance.

Among stars from the Swinging 80s, only George Michael (£90m – $147m), Mick Hucknall and Kylie Minogue survive, with their fortunes consolidated now at £40m each.

❏ In the separate list of the UK’s richest people aged under 30, three filmstars lead the performing arts, Daniel “Harry Potter” Radcliffe at No 4 (worth £48m – $79m), Robert “Twilight” Pattinson at No 8 (£32m), and Keira “Pirates” Knightley (£30m). Princes William and Harry limp in at No 10 with a fortune of £28m derived from land and inheritances from their mother, Diana, and the late Queen Mother. (The boys’ grannie, HM Queen Elizabeth, is herself only moderately wealthy by UK millionaire standards, sitting at No 257 in the main Rich List and valued at £300m – $491m. The richest man in Britain for the past seven years has been Lakshmi Mittal, boss of the world’s largest steel producer, whose family is today worth £17,514m – $28,677m, despite massive losses after the global financial crisis.)

➢ This Is Money lists the full Top 50 Music Millionaires for 2011 — Despite Sade’s comeback album which topped charts both sides of the Atlantic during 2010, the Essex-raised singer-songwriter, composer and producer failed to reach the top 50. 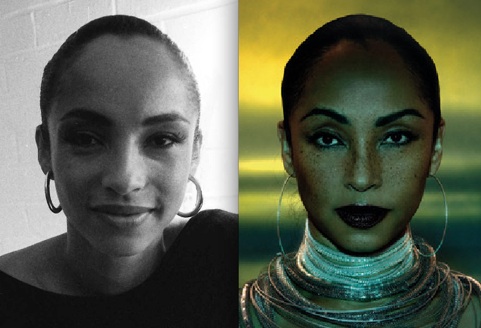 Wow! Then and now: Sade backstage in August 1983 while still seeking a recording contract and, right, as shot to launch her 2010 album. Vintage picture © by Shapersofthe80s

❚ SADE IS TALKING FRANKLY AND REFLECTIVELY. It’s a rare treat from a singer who rarely ever breaks cover. Ten years on from her last album, Lovers Rock, she is said to be the most successful solo female artist Britain has ever produced – more than 50m albums sold over 26 years, valued at £30m in The Sunday Times Rich List. She is the first to acknowledge that Sade is a band, and together they have won a Brit Award for Best British Album of 1984 (view award speech) plus nine other Brit nominations, three Grammies (for 1985, 1993, 2001, plus two other nominations) and Sade herself was appointed an OBE, an order of chivalry, by the Queen (2002).

New York 1981, preparing for the Axiom show that accompanied Spandau Ballet on the first Blitz Kids invasion: In braided short hair and hallmark narrow pants, Sade fits a model with her outfit on the Demob label. Sade once told Shapers that Princess Diana’s question to her after a Prince’s Trust concert was: “Do you always dress like a man?” Photographed © by Shapersofthe80s

In yesterday’s Sunday Times Magazine, according to the writer Robert Sandall whom Sade knows of old, the Blitz clubbing veteran was giving the only face-to-face interview to coincide with this month’s release of her new album, titled Soldier of Love.

Sandall delivers full value as Sade really does let her guard down, surprisingly further than most of us who used to know her might have expected, especially about her “complicated” inter-racial family background. (She was born Helen Folasade Adu in Nigeria, raised in the UK at Clacton-on-Sea, and took a fashion BA at St Martin’s School of Art). She also talks about motherhood with a 13-year-old daughter and her several romances – “I’ve paid some rugged dues,” she observes. Highlights among many soundbites…

❏ On being a black singer in a white soul outfit: “I didn’t have any confidence as a singer, but I found that I liked writing songs.”

❏ The same band of clubbing wags from 1983 is reunited for the album – Paul Denman, Andrew Hale and Stuart Matthewman. They remain one tight unit on the new album, we’re told, under the control of a matriarch who likes the nickname “Auntie Sade”. [Note for newbies: say it Shah-day /ʃɑːˈdeɪ/. Only friends are allowed to use the nickname Shard.]

❏ On her new man, Ian Watts, who has been in turn Royal Marine, fireman and scientist: “I always said that if I could just find a guy who could chop wood and had a nice smile it didn’t bother me if he was an aristocrat or a thug as long as he was a good guy. I’ve ended up with an educated thug!”

❏ The old charge that Sade was the backdrop of the yuppie era still rankles: “With my family history, that really irks me. And it so annoyed me at the time, when we were secretly giving money we didn’t even have yet to Arthur Scargill and the striking miners.”

One year’s progress: left, Sade with Latin soul band Pride at the Fridge, Sep 1982; and with the smaller band Sade in Aug 1983 at the Yow club, London, Paul Denman to the fore. Ten months after splitting they had a record deal. Photographed © by Shapersofthe80s 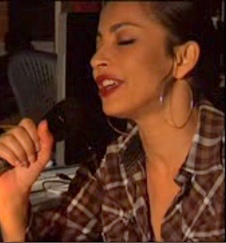 Sade 2010: Talks us through her new album in a video documentary

➢➢ A Reluctant Return: In this month’s New York Times interview, Sade worries about being “too candid” with the press, yet reveals she is considering marriage

➢➢ Compare and contrast quotes with this version at ThisIsGloucestershire!