❚ TOMORROW DURAN DURAN RESUME their live British dates on the world tour which had been halted in May by Simon Le Bon’s vocal problems. The All You Need Is Now tour kicks off again in Brighton, and moves on to Europe in the New Year. After a painstaking year-long journey, the Brummie band has regained its status as magnificent international popsters and to celebrate, Shapersofthe80s has selected ten videos which demonstrate the energy Duran’s music has brought to the 20-tweens. 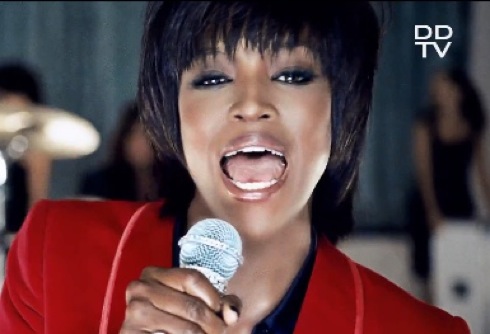 ❏ Girl Panic! directed for Genaro.tv by Alan Hughes, a professional graphic designer in the UK

❚ ON FRIDAY DURAN DURAN resume their North American tour, which was interrupted in May by Simon Le Bon’s vocal problems. From Sept 23 in Everett, WA, they weave their way to Atlantic City on Oct 29.

➢ Catch up on the Duran world comeback tour when it stalled in May — with links to the Unstaged online concert March 23 at the Mayan theatre, Los Angeles, plus vital links to tour dates and video interviews

❏ Animation of The Man Who… by a production group in Second Life dedicated to use machinima as a medium for telling stories. Producer, Rafale Kamachi

❏ The Man Who… recast as PG-rated kitchen-sink psycho-drama from Russia: scripted, directed, edited by Nina Urmanova. (Some gratuitious bloodshed.)

❏ Blame The Machines set to an immaculate print of the 60s sci-fi movie Barbarella (with glimpses of the crazed scientist Dr Durand-Durand who prompted the band’s name at the keyboard of his orgasmatron in which Jane Fonda is being pleasured). Uploaded by MrChuckChapman in the USA

❏ Winning version of Blame The Machines for Genaro.tv directed by Sebastian Mihailescu, currently studying at the Caragiale National Academy of Theatrical Arts and Cinematography in Bucharest, Romania

❏ Winning Russian animation of Being Followed for Genaro.tv directed by Aleksey Khruslov of Kakadu Collapse