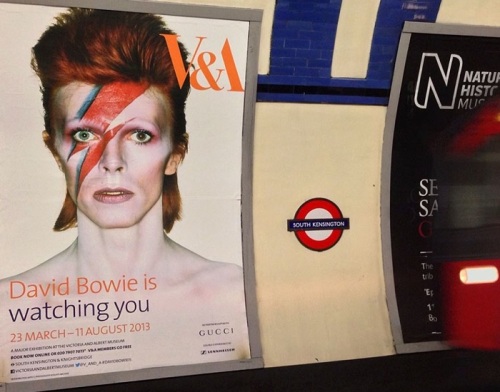 “ Around 300,000 people have seen the V&A’s David Bowie is exhibition as it enters its closing week. The V&A has been running regular late-night openings to cope with demand and the exhibition has been open until 22.00 every night for the final two weeks. Tickets are still available for purchase every day at the Museum.

To give people one last chance to see the exhibition in the UK the V&A has also commissioned a special film to be transmitted live to over 200 cinemas across the UK on 13 August. David Bowie is happening now will be a cinematic, behind-the-scenes tour of the exhibition in the company of curators Victoria Broackes and Geoffrey Marsh and celebrity guests.

The exhibition will now commence an international tour. Confirmed venues are:

Further international venues are under discussion… ” / Continued at Bowie.com