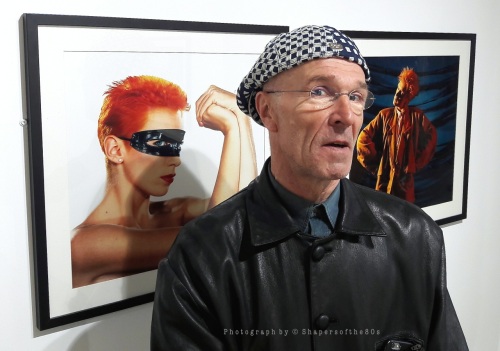 Peter Ashworth seen between his portraits of Annie Lennox in the Eurythmics shot at Bagley’s Warehouse for the cover of issue 42 of The Face in 1983; and John Lydon in PiL 1987, referencing Friedensreich Hundertwasser’s colourful paintings. (Photographed by Shapersofthe80s)

Most of the richly detailed photos are familiar as mood-board sleeves for hit albums and singles, capturing attitude and style and helping build the legend of “An Ashworth Snap”, as a Mari Wilson lyric dubbed them. All push photographic innovation to the hilt which is better appreciated in the room viewing these printed enlargements made from superb digital files than on the web. The room is Clerkenwell’s Lever Gallery and this is amazingly Ashworth’s first solo show‬, curated by @duovision_arts. 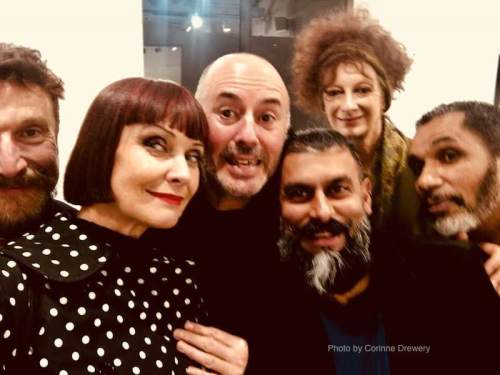 80s clubland regulars gather for a selfie with Corinne Drewery, ex-St Martin’s singer with Swing Out Sister, who were gigging in London last week too. Pic © Corinne.

➢ Mavericks by Peter Ashworth runs at the Lever Gallery, Goswell Road, EC1V 7HD, Tues–Sun until 8 December. All prints are for sale.