➤ Ziggy’s 40 fabulous years of being not alone, cos you’re won-der-ful

Backside of the album that inspired generations: Bowie as the alien Ziggy about to call home from a phone box in Heddon Street, London. (Photography © Brian Ward)

❚ THE KING OF UK POP HITS HIS 40th ANNIVERSARY, just as HM The Queen completes her sixth decade on the throne, but we don’t imagine she planned it that way. The most famous Martian in history landed on Earth on June 6 1972 with the release of his album, The Rise and Fall of Ziggy Stardust and The Spiders from Mars. He created a new breed of quintessentially British pop star and expanded the realm of rock-and-roll by injecting melodrama, fantasy and glitz.

A wistful older generation was yearning for the energy of the 60s. A teen generation faced a paranoid future threatened by nuclear apocalypse. The playfully androgynous Ziggy Stardust astonished both audiences by introducing a knowing sense of decadence rooted in individual style and a repertoire of life-skills to see us through whatever adversity. Laying down a bunch of wonderful melodies, the vocals enunciate the manifesto with clarity throughout — Five Years, Moonage Daydream, Suffragette City especially.

It was a bravura, theatrical strategy for pursuing what you wanted to get out of life, and capitalised on the iconoclasm of the 60s which had subverted society’s traditions of role play and “knowing your place”.

Ziggy himself was an entirely invented persona, an outsider rock-star created by the not-then-famous David Bowie who expressed through Ziggy a grand vision and through the Spiders consummate musicianship — not a note out of place, and Mick Ronson at his most snarlingly brilliant. The album is a pinnacle of arch originality like few others, and its fierce riffs and hooks have influenced almost every innovative performer since.

➢ Review of the album The Rise And Fall Of Ziggy Stardust etc at BBC Music — “It sounds like a cliché, but to an entire generation this album has become a yardstick by which to measure all others. Why the hyperbole?”

The moment the earth tilted July 6, 1972: During Starman on Top of the Pops, David Bowie drapes his arm around the shoulder of Mick Ronson. Video © BBC

The 40th-anniversary celebrations and media activity are not entirely industry hype, but genuine tributes to an artist of undoubted genius. None the less, EMI is releasing a compilation of brilliantly remastered tracks on Monday June 4 on both CD and vinyl, and all are available to stream free at the NME which is trailing special features in next week’s issue…

ONLINE AND ON THE AIRWAVES 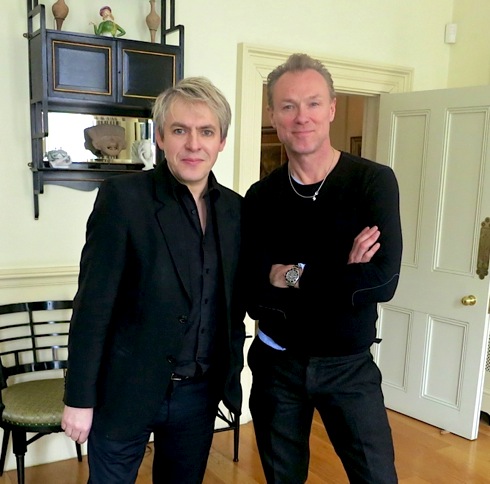 A picture they once said could never be taken: Nick Rhodes of Duran Duran at the home of Gary Kemp of Spandau Ballet, brought together by the radio documentary Ziggy Changed My Life

❏ Not for nothing do the next week’s highlights come from the Ten Alps stable, one of the UK’s leading factual programme-makers. From midnight tomorrow BBC 6 Music kicks off with a two-hour assessment of Ziggy as the Pied Piper who shaped the dreams of Gary Kemp, Nick Rhodes and others. This thoroughly researched doc tells tales from a host of their peers and is recycled in a couple of other slots of more manageable duration…

ZIGGY DISSECTED FROM TOP TO TOE 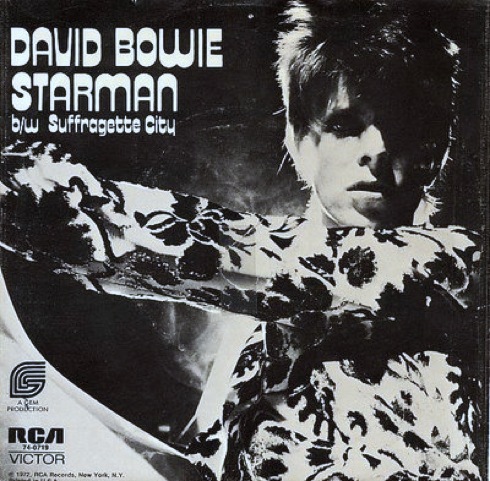 “After Starman, everything changed” — Woody Woodmansey, drummer and Spider

➢ Pushing Ahead of the Dame: David Bowie, song by song — incomparable blog by Chris O’Leary 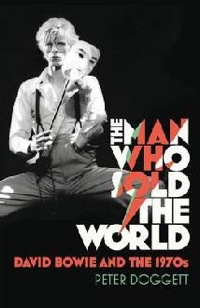 “ A song-by-song analysis shows how David Bowie embodied a decade. A work of impeccable scholarly exegesis, The Man Who Sold the World is about as far removed from conventional biography as its subject is from run-of-the-mill rock’n’roll. Still, it is hard to imagine another book telling you more of what really matters about David Bowie than this one” … / Continued online

“ Written by the only biographer to get his PhD with a thesis on David Bowie, Strange Fascination is an exhaustive chronicle of Bowie’s career as one of rock’s most influential stars. In a combination of interviews, exclusive photographic material and academic analysis, Buckley examines Bowie’s life and music with an unparalleled level of detail. It’s a book written by an unapologetic fan. Buckley is a better writer than any of those to have tackled Bowie to date. If you read only one Bowie book ever, this should be it ” … / Continued online

“ A feast of Bowie-ana served up like La Grande Bouffe, in ever more tempting waffeur-thin slices… It is impossible adequately to acknowledge the trainspotterish, yet deeply rewarding scope of this sheer labour of love that has amassed 850 pictures — friends, lovers, costumes, contracts, doodles, laundry bills, performances, candid snaps — on 336 pages ” … / Continued at Shapersofthe80s

“ As befits an erstwhile editor of Mojo, Trynka is good on the musical development of a pop star whose early albums, David Bowie (1967) and Space Oddity (1969), were both little more than confused collections of ill-matched songs, and showed little hint of the confidence and brilliance that was to follow. Beginning with Bowie’s childhood as plain David Jones in post-war Brixton, Trynka tells a tale that has perhaps been told too often to surprise any more, but that nevertheless intrigues in its mixture of ruthlessness, shifting loyalties, monumental drug taking, decadent behaviour and, for a while, undiminished musical invention ” … / Continued online

➢ 65 crazy facts and bizarre myths about Bowie at the Daily Mirror — Did Bowie help start the credit crunch? He certainly says he was moonwalking years before Michael Jackson…

Ziggy stage costume: the Japanese fashion designer Kansai Yamamoto described Bowie in 1972 as “neither man nor woman”. This outfit, similar to one worn with a boa in Ziggy’s last performance at Hammersmith Odeon, is currently on show until August 12 in the V&A exhibition, British Design 1948–2012

➢ Where to draw a line between glitter and glam

➢ If David Jones hadn’t become Bowie what would have become of the rest of us?