David Bowie at home in Beckenham in 1969, where he became the lodger and lover of Mary Finnigan. (Photo by Ray Stevenson/Rex)

◼ AS A STRUGGLING FOLK SINGER David Bowie was 22 years old and living with his parents in south-east London when, by chance, he met journalist Mary Finnigan, eight years his senior, and moved into her flat in Foxgrove Road, Beckenham, where she lived with her two children from an early marriage.

They became lovers and launched a successful folk club which became the iconic Beckenham Arts Lab at The Three Tuns pub (now a Zizzi restaurant) on the High Street. Mary’s new book, Psychedelic Suburbia, offers new insights about Bowie in 1969, the year in which his first single Space Oddity reached the pop charts. Today The Independent runs a fabulously revealing extract:

“ We do not observe landlady-lodger conventions. I am happy with this arrangement – we share tincture of cannabis and Lucy’s deliveries of high-quality hashish. We share the space, cook and eat together. And a few days after he moves in, David and I sleep together.

The seduction is a work of art and takes me totally by surprise, when I come home one Saturday evening after a shift at The Sunday Times (edited in those days by my friend and journalistic mentor, Harry Evans). Usually I return to a messy kitchen and a sink full of dishes, showing evidence of baked beans, fried egg and tomato ketchup. But on this occasion, interesting cooking smells greet my arrival, the kitchen is clean and tidy, with the table laid for two plus flowers, candles and incense. The kids are fed, washed and tucked up in bed.

After a spliff and a nice dinner, David creates a nest of cushions on the floor of his room. He settles me into it and places speakers close to my ears on each side. Then he plays me a selection of his current favourite musical influences. Some are obscure, others well known – Jacques Brel, for example, and mind-blowing stereo phasing from Jimi Hendrix. . . ” / Continued at The Independent online

Friend, lover and landlady: Mary Finnigan and her personal new book about living with Bowie

“ Living from hand to mouth, David also does
casual shifts from time to time at Legastat, a copying office in central London ”
– Bowie as a Brook Street temp ?!?! 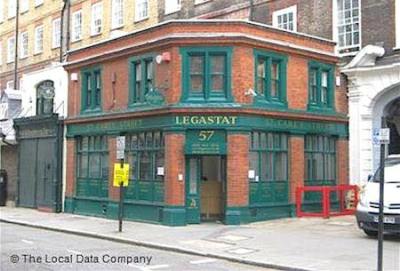 ➢ Previously at Shapersofthe80s: Weird and wonderful new Bowie – his Blackstar man is set to blow our minds, this Thursday