2010 ➤ After Queen quits, who can save EMI – private equity boss or creative maverick?

Formed in 1931, EMI is Britain’s oldest record company and the fourth-largest business group in the industry. Its future looks uncertain, after losing many key acts, the latest to defect being Queen. Talking to Pete Paphides in today’s Times, leading music industry talents describe how to rescue the once-mighty label. Here’s a taste …

❚ WHAT DO PEOPLE TALK ABOUT when they talk about EMI these days? According to Alan McGee, the sometime supremo of Creation Records: “They talk about debt, covenants and pension funds. What they never seem to talk about is the music. That’s the problem at the moment.”

And the solution? For a label that arouses the same feelings in music fans that Cadbury arouses in chocoholics, the worrying answer is that it may be too late for one. Even by the beleaguered imprint’s own recent standards, May was an extraordinary month. With Radiohead, the Rolling Stones and Paul McCartney long gone, one of EMI’s last remaining “legacy” brands, Queen — or what remains of them — decided to take their business elsewhere.

Admittedly, the label that Guy Hands’s private equity firm Terra Firma bought for far too much money [reportedly £2.4bn, $3.5bn] in 2007 managed to secure another £105 million from his backers … What sent morale into freefall, however, were Hands’s press utterances, which seemed to single out the number of artists signed to the label as the source of its inefficiency. “One of the issues we will be addressing is the sheer size of our roster,” Hands said …

[Marc Marot, former managing director at Island Records, today head of a management company helping emerging acts] – “It’s crazy that EMI should not be top of my shopping list. But the fact is that there’s no sense that this is a label with an A&R strategy. The idea that you only sign the acts that are sure to succeed is naive.” 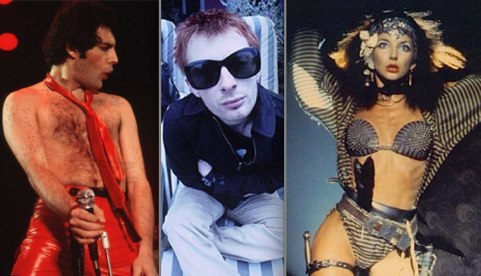 “You need a maverick quality to run a label,” says Mike Batt, whose Dramatico imprint is currently home to Katie Melua, Carla Bruni and Marianne Faithfull. “You know you’ll lose on some acts, but it doesn’t matter as long as you have enough to gain with.”

“These days,” McGee says, “you identify [EMI] with a guy who runs a f***ing hedge fund [sic]. It could find another Beatles and it wouldn’t make any difference because it wouldn’t want to sign to them.” Asked if he could turn the label around, the man who discovered Oasis says: “Pretty f***ing easily.”

This entry was posted in Europe, London, Media, Pop music and tagged EMI. Bookmark the permalink.

One response to “2010 ➤ After Queen quits, who can save EMI – private equity boss or creative maverick?”