Steve Strange in Wales with his sister Tanya

❚ THURSDAY 12 MARCH HAS BEEN SET as the date for Steven Harrington’s funeral, known to most of us as Steve Strange, the singer frontman for the 80s pop group Visage. Plans for the day are now different from earlier reports, as his family have been overwhelmed by the public response to Steve’s sudden death from a heart attack in Egypt. Shapers of the 80s has received more than 21,000 visits since publishing the many moving tributes by Steve’s friends among the original Blitz Kids.

Today, the person coordinating all the arrangements, Steve’s personal assistant and family friend Amanda Lloyd, has asked us to set out the family’s wishes, after rather exaggerated claims by friends were reported at Wales Online and were taken up by other national media.

The family remain shocked by the suddenness of Steve’s death. Amanda says: “It was so unexpected. I miss him terribly. A lot of other people are missing him, he was such a lovely guy.”

She admits the flamboyant side of Steve would probably be pretty pleased with all the attention the past fortnight has generated but she stresses that Steve’s family hope the church service won’t become a media event. It is intended to be an intimate celebration of his life for his family and for Steve’s close personal friends, such as musicians Martin and Gary Kemp and Steve Norman, who wish to attend. Essentially, invitation-only friends will be name-checked on the door. (Amanda asks Steve’s friends who wish to attend to contact her in advance directly or via Shapers of the 80s.)

A loudspeaker relay outside the church will enable members of the public to follow the service and those who wish to gather there are asked to respect the solemnity of the occasion – which might be a hard ask for some crazier members of Steve’s following! One highlight, Amanda says, will be the award-winning Bridgend male voice choir singing in both Welsh and English. 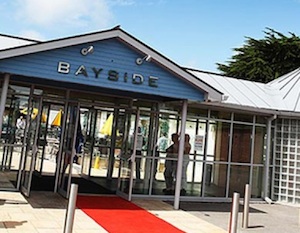 The free event that is open to the public follows in mid- afternoon at the huge Hi Tide Inn on the sea-front at Porthcawl. Members of Steve’s current band will be playing the music of Visage as a tribute, while screens will show his life on film. Amanda says: “Steve would have wanted his fans to enjoy a celebration of his life.” But let’s all remember that the occasion is a wake after all, and to respect the privacy of a family in mourning and of the close friends who are being invited into a secure area at the inn.

A larger event in tribute to Steve is likely to follow in central London around the time of his birthday in May, but details have not yet been confirmed.

➢ Steve Strange RIP: the great provocateur who led from the front and inspired a generation

➢ 1982, Read how London’s leading club host flies off to Paris with six British designers who helped create his image

➢ 1983, At Strange & Egan’s Camden Palace
a silly hat and a calculated look might be the best career move you’ve ever made