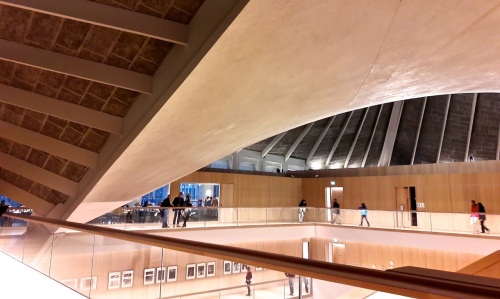 New home for the Design Museum: The former Commonwealth Institute’s hyperbolic paraboloid roof brings elegance and light to the museum. (Photographed by Shapersofthe80s)

◼ TODAY THE UK’S WORLD-CLASS DESIGN MUSEUM under director Deyan Sudjic opened its doors at an inspirational new home in Kensington. Founded in 1989, the museum has spent 26 years at Shad Thames, near Tower Bridge, though the collection began in the pioneering Boilerhouse Project, located at the V&A museum as the brainwave of Britain’s giant influence on all things designed, Sir Terence Conran. There, the project mounted 20 exhibitions during its life from 1982 to 86 with the aim of helping to explain what design is to a non-specialist audience.

That ethos continues to deliver its visually stunning message in the former Commonwealth Institute, a listed 1962 building designed by modernist champion Robert Matthew, the elegance of which speaks for itself. John Pawson, a perfectionist and minimalist British architectural designer, led the £80-million remodelling of the redundant Kensington building and has worked miracles beneath the controversial hyperbolic paraboloid copper roof which dominates the sparse interior void. Here newly won access to daylight creates vistas that constantly reward the eye as you move from one balcony to another. The museum enjoys three times more space than its previous home. 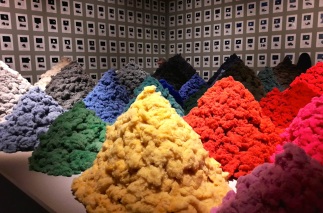 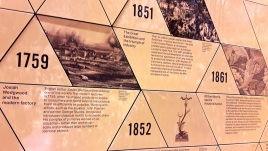 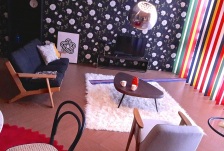 Fear and Love exhibition: A Pan-European Living Room is furnished with a piece of design from each of the 28 EU member states. Symbolically the UK colours are making their Brexit across the floor from a window blind of all the nations. (PS: the floral wallpaper by Osborne & Little is the UK contribution) 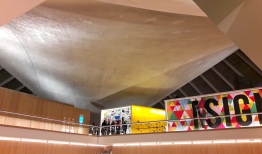 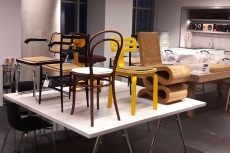 Classics among those chairs on the table: Marcel Breuer’s 1929 Cesca Chair and a 1972 Frank Gehry Wiggle Chair made of corrugated cardboard 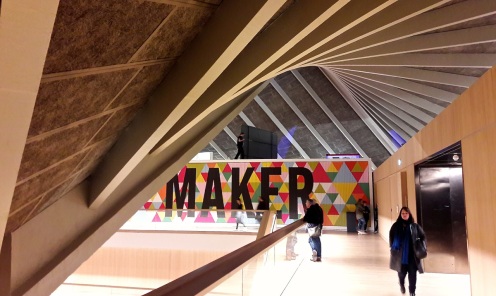 Glorious vistas beneath the former Commonwealth Institute’s dramatic roof
Signage is minimal so you have to hunt for further rewards: permanent collections on top floor (Designer Maker User) and in the basement; also upstairs, restaurant and members’ bar. Temporary exhibition space is on the ground floor and future themes will reflect contemporary design in every form from architecture and fashion to graphics, product and industrial design, digital media and transport.

The museum’s collection is an important record of the key designs that have shaped the modern world. It tells the history of mass production, from the manufacturing innovations of the 19th century up to the digital and making revolution of recent years.

This week’s opening exhibition, aptly titled Fear and Love: Reactions to a Complex World, presents an eclectic selection of baffling displays – “networked sexuality, sentient robots, slow fashion and settled nomads” – which require hard-working captions to explain some of their seemingly tenuous connections to design. Disgracefully, the museum has over-charged for admission, as if sponsors could not have shouldered the £14-per-head ticket price. Yes, £14! Major own goal for an opener. 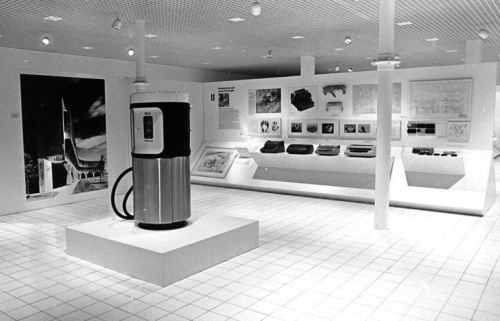 First Boilerhouse Project exhibition, Art and Industry, at the V&A: The origins of the Design Museum lie with the collection begun in 1982, which included this Mobil petrol pump designed by Eliot Noyes in 1968