➤ Julia and Gaz share their secrets for ageing disgracefully 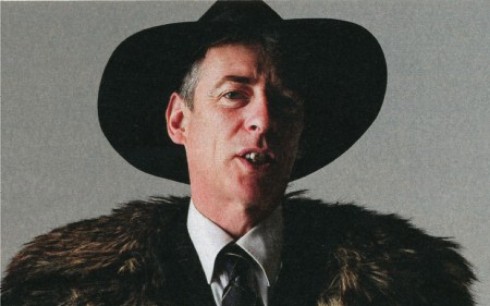 Gaz Mayall: no more splits on the dancefloor. Photographed © by Chris Floyd

❚ TWO STARS OF LONDON’S CLUBLAND are invited to consider their age in today’s Sunday Times Style magazine. Jessica Brinton asks a bunch of 50-plus celebs if they view ageing as a barrier and believe growing old is something different from growing up. She reports that the British midlife crisis has slipped back from 50 to 35, and senses there is a new spirit of agelessness in the air… Brief extracts here, more at The Sunday Times online

❏ Gaz Mayall host of Gaz’s Rockin’ Blues clubnight in Soho admits to being fiftysomething:
“My secret is a good diet. I’m teetotal for the early part of the year and that’s when I crack on and do all the things that most people do all year round. Then when summer starts, I’m flat out deejaying and partying. Although since I hurt my hip, I know it isn’t a smart idea to do the splits on the dancefloor. I don’t think I’m any less revolutionary than I was, but I’m less naive now.”

➢ View a brief history of Gaz’s Rockin’ Blues, a short film by Leo Leigh and Zaid Mudhaffer, which celebrates the legacy of London’s longest running one-nighter with interviews with Gaz and unsung Soho celebrities and music junkies

❏ Princess Julia, ex-Blitz Kid, now deejay and writer, is described as fiftynothing:
“I can’t say I’m enjoying the ageing process physically, but I stave it off as much as I can. I’m even more inspired than I used to be. There are so many more tools for expressing yourself nowadays, and there’s a lot of conversation going on between the generations, which is a good thing. If you get on with someone, you just click in. It’s a case of retaining that naive, indefatigable spirit. I like throwing a pack of cards in the air and seeing where they land.”

➢ More about the world of Princess Julia and her blog