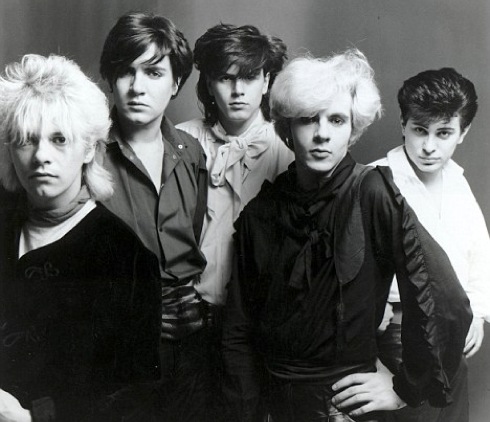 ❚ ON OR ABOUT THIS DAY IN 1980 (MAYBE), Duran Duran signed their contract with EMI for a £28,000 advance (£90,000 in today’s money), according to Paul Berrow. The band seem mysteriously unable to remember when, so the guess is some time between Dec 9 because Andy Taylor recalls the news of John Lennon’s death ruining his breakfast in London, and possibly Dec 22, date of a celebratory gig at Birmingham’s Cedar Club, though the first official book, Their Story by Kasper de Graaf, places the signing firmly in January 1981.

As the house band of the New Romantics in Britain’s second city, Birmingham, they were styled locally by Kahn & Bell, photographed by Paul Edmond, and managed by Paul and Michael Berrow, owners of the glitzy Rum Runner nightclub on Broad Street.

The Berrows had inherited the family business from their influential bookmaker father who had opened the club in the Swinging 60s and the sickly odours of Brut and Estee Lauder still lingered. Inspired directly by a visit to New York’s Studio 54, the brothers refurbished the Rum Runner in 1979 with state-of-the-art mirror-tiled walls and zigzags of neon. They then introduced a playlist heavily flavoured with Moroder-style imports and the American club-funk championed by the Nile Rodgers band Chic, whose string of chart hits was restoring credibility to disco music following the ridicule inflicted by the low-rent movie Saturday Night Fever. But how to become the Studio 54 of the Midlands?

Enter a band called Duran Duran in January 1980, armed with a four-song demo recorded at Bob Lamb’s studio which included Rio as a work in progress. The DD line-up were offered the club as daytime rehearsal space and jobs by night, including deejaying for Nick Rhodes. Roger Taylor recalls that the brothers “were looking for a band that was a cross between Gino Soccio, Genesis and Chic” — all the more curious that they made many attempts to contact Steve New to recruit the Rich Kids guitarist into the band, but they heard nothing from him. 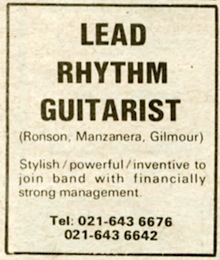 Inevitably the lineup was rationalised and by the summer Andy had been recruited (“They were quite blatant,” Andy told Rolling Stone much later. “They said, ‘We’re posers. We want a good-looking poser band”). Then came Simon Le Bon as singer. According to him: “They had this thing about being between Chic and the Sex Pistols, but I thought they were more like in between Roxy Music and the Sex Pistols.” The band were searching for a musical direction.

Meanwhile as the rival nightclub Barbarella’s fell from favour, the Birmingham poser scene was reinventing itself in local bars around the peacock clothes designers Jane Kahn, Patti Bell and a veteran of Billy’s club in Soho, Martin Degville, who was commuting to London weekly to run a branch of his shop in Kensington Market. That summer the Rum Runner gave over Tuesdays to a Bowie/Roxy night. Sounds familiar? Enter journalist Betty Page and the rest is history.

Within three years Duran Duran’s synth-pop had made The Fab Five one of the handful of British supergroups dominating the global stage. Duran can claim to have led the MTV-driven “Second British Invasion” of the United States from the autumn of 1981 with their raunchy and cinematic videos, and over 30 years enjoyed 21 singles in the Billboard Hot 100 and sales of 100m records. 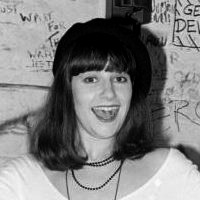 In September 1980 in the pages of the music weekly, Sounds, Betty had slapped the label “New Romantics” on Spandau Ballet, house band of London’s Blitz club and then received a call from the hungry manager of this Brummie band called Duran Duran…

“ Paul Berrow was a smooth operator. ‘Come to the Rum Runner,’ he said of the club he co-owned with his brother Michael. ‘We’ve got a scene going on up here to put the Blitz to shame, and a band to go with it.’ Clever, I thought. He had singled me out to be the first journalist to write about his group. And they actually wanted to be called New Romantics! Nick was the most obviously New Romantic — a bouffant blond David Sylvian lookalike who sported extravagantly frilly shirts and shiny suits — but the style sat rather uncomfortably on the others.

“ The alarmingly pretty, floppy-fringed bassist John Taylor drew the line at satin shirts and a shoulder sash. ‘We were never meant to be bagged in with any elitist scene,’ said John, the pretty one. ‘The main chunk of our audience in Birmingham is those people,’ said Nick, the bouffant one, ‘but we’re not as tied to it as Spandau obviously are. When people come to see us we’d much sooner they dance and have a good time rather than dress up in the clothes and just stare… ”
© Beverley Glick

➢ Read Betty Page’s retrospective survey of the New Romantics
– I Was There, originally published in Record Collector in 2004

Years after both bands had achieved superstar status, Steve Dagger, the manager of Spandau Ballet, wrote this nugget summarising Duran Duran’s contribution to the 80s music scene. It was published in a partwork published by The Sunday Times in 1997 titled 1000 Makers of Music, which spanned all genres from classical to pop: 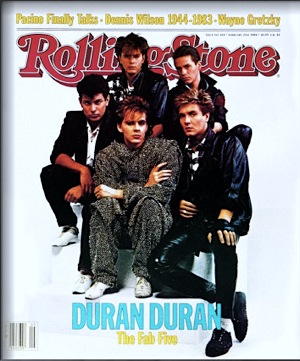 “ Duran were among a new group of artists who provided a glittering, sexy contrast to the prevailing dull corporate pop-punk of the 1970s. Taking their influence from the art-school underground of electronics/Ferry/Bowie, they came to prominence as the Birmingham ‘it’ band at the same time Spandau Ballet reigned over a similar scene in London. After an awkward but successful period as the Birmingham ‘answer to’, Duran metamorphosed in 1982 into a sleek, glamorous international entity with the seminal album Rio, having perfected a distinctive Duran sound fusing synths and guitar licks over post-disco rhythm. Inspired songs such as Hungry Like the Wolf were accompanied by cinematic videos, together creating an electric pop culture moment. After being derided for years, Britain had produced a group America could not ignore: Duran surfed in on the newly conceived MTV to conquer the States. They continue to make great British records and should recently have won a Novello for their lament to the 1980s, Ordinary World. [Key work: Is There Something I Should Know? (1983)] ”