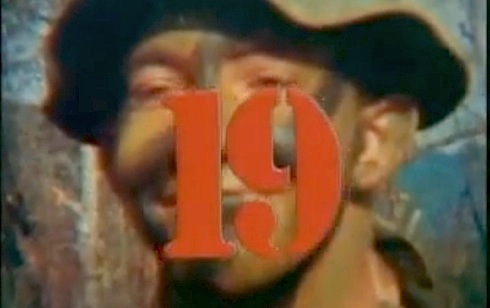 Vietnam conscripts: their average age was 19

◼ IN 1985 THE LONDON MUSICIAN Paul Hardcastle stunned Europe with his hynotic anti-war hit, 19, which spent weeks at No 1 in the charts. It was effectively a rap sampled from the voiceover to the Emmy-nominated documentary Vietnam Requiem, which made the shock claim that “In World War Two the average age of the combat soldier was 26. In Vietnam he was 19.” This year, Hardcastle was watching a documentary about British soldiers serving in Afghanistan when he heard an officer say: “I looked at my men. The average age was 19 — my God, I’m taking boys to war.” For the 25th anniversary of his hit Hardcastle updated and wrote a new version of 19 called Boys To War which was released yesterday in the UK.

Sadly, the infinitely more visceral original from 1985 knocks spots off the languid new version, while this stark Tribute To Vietnam Vets achieves its own stomach-churning effect.

The grim truth: field surgery for a teenage Vietnam combatant