2010 ➤ A giant dies: Charlie Gillett, the man who defined rock’n’roll and world music 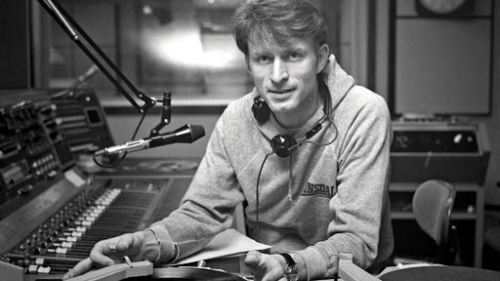 Charlie Gillett at BBC Radio London: he presented the influential Honky Tonk from 1972 until 1978

❚ ONE OF THE MOST ENDURING INFLUENCES on the British and other music scenes died yesterday. Charlie Gillett was a passionate music publisher, journalist, author in 1970 of the first serious book to appraise the birth of rock’n’roll, and a much-loved deejay who presented “possibly the most engaging show on British radio”.

In 1997 he celebrated some of his discoveries in a massive Sunday Times reference work, 1,000 Makers of Music. He was part of a panel who first coined the term “world music” and from 1999 became internationally renowned through the BBC World Service. From January this year, for health reasons, Charlie decided to take a rest from his work. This morning, his own Sound of the World website was inundated with tributes, while Charlie’s choice of music was still streaming at his djjackdaw page at MySpace, along with a beautiful and resonant video of the French chanteuse Soha singing C’est bien mieux comme ça…