1980 ➤ How the rhythm of the pop charts changed

❚ SPANDAU BALLET’S MUSIC made a dramatic gear-change in 1980 by placing the bass guitar and the bass drum at the front of the sound, as a driving rhythm for movers. Within a year of their first hit, To Cut a Long Story Short, the rhythm of the UK charts shifted from the lead guitar to the 4:4 dance beat of the bass drum, due entirely to the number of the new “image bands” charting in 1981. Gary Kemp claimed at the time: “RnB was the backbone of pop music from 1962 to 1980. And since then, funk. Dance rhythms are the musical basis for all rock bands now. Really, you can’t say ‘rock band’ any more because the music isn’t rhythm-and-blues.” 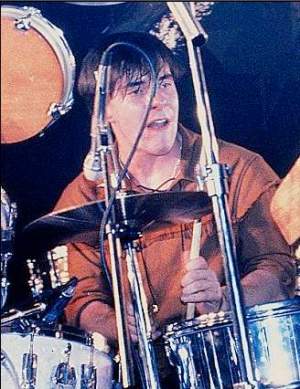 Drummer John Keeble said then: “Spandau definitely altered the sound of British music. Not till the Journeys to Glory album came out in 1981 did anyone else push the bass drum so far upfront, except black disco. Our sound has a white feel because of our own rocky beginnings, but buying our first synth in 1979 made us re organise the sound in a more danceable way. A song called Eyes was the first number where I ever played a straight 4:4 beat on the bass drum like in disco. I’d be saying to the guys, ‘Don’t play rock, don’t play punk, just go boom-ka, boom-ka’, it’s dance music.

“It’s the difference between listening to funk instead of the RnB they all played in the Sixties – the kind that influenced the Stones and the Who. The drum track was almost inconsequential. Listen to old Stones tracks and you can hardly hear the drums.”