+++
❚ THE FIRST OFFICIAL VIDEO from the north London band Lux marks an impressive leap forward in musical confidence since their live debut in April. Though they call themselves an indie band, they are not guitar-led. Three nimble but self-effacing instrumentalists play second fiddle to the willowy male vocalist whose ethereal yearning defines a Lux tune and shapes the band’s signature. The languorous melodies are driven by Jesse Burgess, who would be gazing at his shoes if he’d come from anywhere north of the M25.

His wayward, mildly shouty delivery hints at Marc Almond, and nods towards Morrissey’s wistful introspection as the vowels stretch and float o-o-o-o’er vales and hills. It feels as if the tunes are improvised by the singer jumping aboard a lyric and treating it like an ethereal surfboard, half steering, half hoping for some turbulence his voice can mould into a theme…

Yet where the young Morrissey’s voice was informed by the pain of damaged romancing, Jesse’s is lighter, tentative and entirely innocent, that of the romantic virgin who has yet to distinguish tactics from emotions. Lux’s singer is required to withdraw into his solitude, like a latterday Greta Garbo, the ice-maiden of 1930s Hollywood movies who famously declared “I just want to be let alone”. 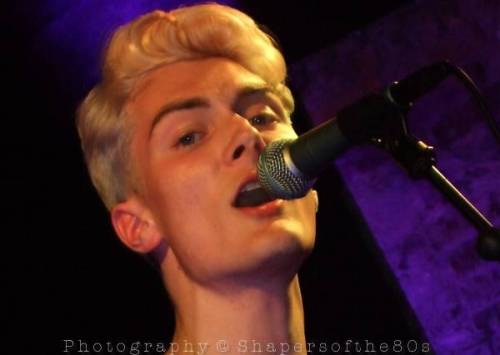 He does not sing of the usual teen dreams that guarantee chart hits. Lux’s two best songs do not embrace affairs of the heart. The studiously abstract lyrics to their first single Too Late to Fight — slated for an EP release soon — fret over mistakes and hesitations within unspecified friendships. “There’s no escape, I need some solitude,” Jesse sings. Nothing so poetic as Morrissey’s “running rings round a fountain”, Lux lines are open to as many interpretations as people in the room. Another neatly self-aware song titled Too 17 recognises how speedily we leave one phase of teendom while knowing we face a couple more years of shedding tears before life falls into place.

So it may seem shrewd that the video for Too Late to Fight gives this song a playful visual treatment to assure teen audiences that the soulmates in the band are actually an unstuffy bunch of regular lads. Its production does, however, come from the school of Blue Peter DIY and sends out mixed messages. When the four-piece are making cool sounds onstage or in a studio, they are as focused as any of the mentors their rhythm guitarist and songwriter Fin Kemp says he admires: Blur, Libertines, Arctics. The singer Jesse has described Lux as “indie with a bit of bluesy American soul.” Like the White Stripes? “Yep. Well, not as cool as them.”

In fact, off-stage, not cool at all. The video intermittently cuts to the lads larking around in the carefree suburban streets and parks of London NW6. They gurn to the camera like the hammiest kind of pop group invented with the Monkees in the Swinging 60s. TV fans of Jesse Burgess, whose second career is modelling, have discovered his penchant for flashing his bare bum in E4’s reality series Dirty Sexy Things — and this video predictably obliges.

Such horseplay points them onwards into the valley of pop. This video makes no attempt to reflect the songwords or the often affecting plaintiveness of the vocals. Yet the closing sequence does declare some indie intent. We find the four musicians engaged in giving a tight live performance and by now we can appreciate their sound as intriguing and memorable. Lux music has more personality than the individuals seen making it — which is curiously reassuring.

Lux’s own website says: “Their sound has been described as indie punk soul.” Three admirable goals.