1980 ➤ Secrets revealed about the SAS, arming Afghanistan and death of the tanner 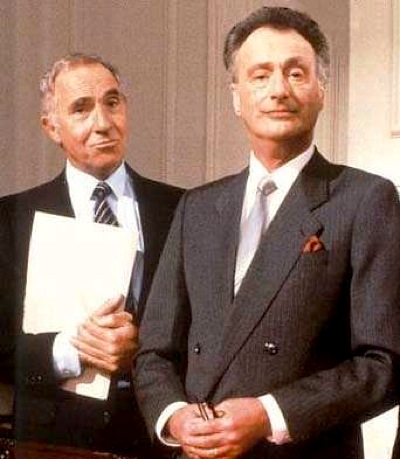 Rt Hon James Hacker MP (right): “This is a democracy, and the people don’t like it.” — Civil servant Sir Humphrey Appleby: “The people are ignorant and misguided.” — Hacker: “Humphrey, it was the people who elected me.” (From Yes Minister, BBC TV’s satirical sitcom set in Westminster, launched Feb 25, 1980)

❚ PREVIOUSLY SECRET UK GOVERNMENT RECORDS are routinely declassified after 30 years. Cabinet documents for 1980 were released by the National Archives at noon today, Dec 30 2010. Here’s a selection of titbits most of us have been unaware of…

➢ SAS to be given immunity for killing foreigners — The televised storming of the Iranian embassy building in London in 1980 boosted the SAS’s international prestige and generated invitations to deploy them on overseas hostage rescue missions. (Guardian)

➢ Margaret Thatcher in cover-up after Czech spy exposed John Stonehouse — Did you know that John Stonehouse, the former Labour minister who “did a Reggie Perrin” and vanished abroad, was said to have been a spy? (Guardian)

➢ Britain secretly agreed to back Afghan resistance fighters after the Soviet invasion of their country — One faction of the Mujahideen fighters, who were also covertly funded by the CIA, went on to become founding members of the al-Qaeda terrorist network. (Daily Telegraph) 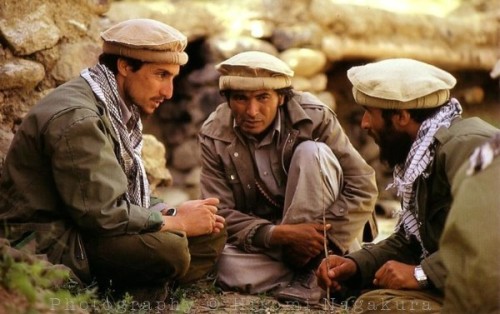 Ahmad Shah Massoud (left): on the ground in Afghanistan in the Panjshir province of Afghanistan 1983. Photographed © by Hiromi Nagakura

❏ Listen online to BBC Radio 4’s response to today’s revelations in an excellent edition of UK Confidential chaired by Martha Kearney. After hearing that western powers had decided in 1980 to provide “discreet support for Afghan guerrilla resistance”, former Labour minister Roy Hattersley and former BBC chief political correspondent John Sergeant wrong-foot Douglas Hurd who had been a foreign office minister at the time. How much aid was spent on arms? Had we armed the wrong people? Kearney herself notes that “arms were going to Shah Massoud” (later dubbed “the Afghan who won the Cold War”.) Twice Hurd is forced into silence, as he formulates his eventual reply: “I’m not saying. Of course I’m not saying.” Terrific radio, from the 32-minute mark.

Other topics include Margaret Thatcher’s patrician scolding by Harold Macmillan… her furious row with the Bank of England… her moderate reaction to early trade-union strikes … and how the government tackled an Iranian warship on the River Tyne.

➢ Cabinet ministers feared 30 years ago that MPs were abusing their expenses — Margaret Thatcher was warned that there was a “grave risk of serious public scandal” over Parliamentary allowances and that some politicians may have to be prosecuted. (Daily Telegraph) 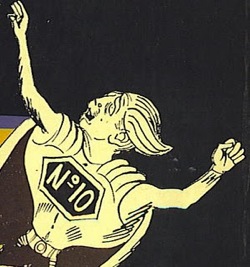 Harold Macmillan: depicted as Supermac by the cartoonist Vicky

➢ The sixpence was killed off to raise £3.5m by melting down the old coins — Margaret Thatcher ordered the “death of the tanner”, introduced in 1551 and made obsolete by the decimalisation of sterling. The last coins were struck in 1967. (Daily Telegraph)