➤ Why every Stephen Jones hat casts its own magic spell 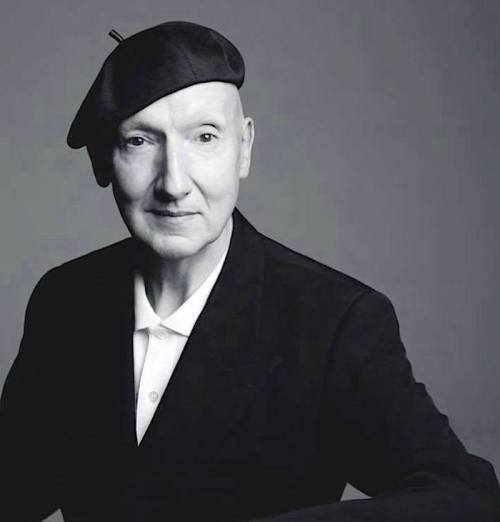 “The essence of the whimsical”: Stephen Jones photographed by Sølve Sundsbø Studio

◼ THE LEADING BLITZ KID and former star of St Martin’s art school Stephen Jones spearheaded the fashionable revival of British millinery in the early 1980s that was to win him the OBE. Deploying unusual materials and radical designs, he pushed the boundaries of hat design and found himself recruited by the couturier Christian Dior who tested his inventiveness further. For more than two decades this collaboration has yielded such creations as wired arrays that mimic the hairstyles of those wearing the ensembles, or enigmatic masks that conceal and reveal.

This month sees the publication of a lavishly illustrated book titled Dior Hats: From Christian Dior to Stephen Jones in which he reviews the house’s star-studded 70-year history along with three other co-authors. As his own promotional device, today Stephen published an almost poetic personal account of his art and craft pinpointing the magic spell that a hat can cast. He writes:

“ For the past 24 years I have had the honour of creating hats for Christian Dior. It’s been an extraordinary time following in the footsteps of the greatest names in fashion. Whereas so much of fashion seems ephemeral, Dior has some sort of gravitas – or maybe that’s in my mind’s eye as, conversely, hats are the essence of the whimsical.

Dior hats run the gamut of simplicity to complexity, but most often they attract themselves to the happy spot in between. What is unique is that they complete the outfit but can stand by themselves too. This is crucial, because in reality the hat is not about itself but the person wearing it – whether woman, man or child.

Although I ‘bear the crown’, the hats I create are always in collaboration. The different creative directors with whom I have worked always have their distinct point of view. When they arrive at Dior, they understand that hats are an essential part of the Dior iconography, as pivotal as the Bar jacket, fantasy evening dresses or the colour grey. Certainly, hats underline their point of view: To hat or not to hat? Are hats retro or modern? Do they enrich or dilute? These are perennial questions to be resolved every season.

However, the studio is only one side of the story; for me the atelier is also a huge part of the creative process. The fastidious premieres, the multi-talented milliners (never petits mains), the devoted suppliers, all working in harmony to create that evocation of fashion, France and Dior; un joli chapeau!

I thank you all. ” – Stephen Jones