➤ After the looting, the London clean-up has started in Hackney and Clapham 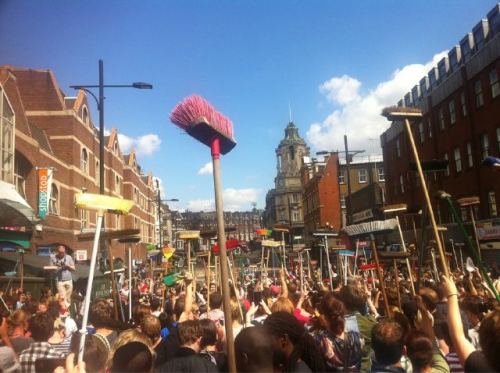 Photo posted at 2pm by Lawcol888 on yfrog: “We’re ready in Clapham and Vauxhall” 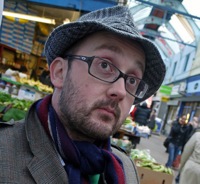 ❚ DAN THOMPSON, an artist, writer, photographer, explorer of Worthing in Sussex has called for everyone with a dustpan and brush to get out on the streets of Britain today to lead the clean-up after three days of rioting and looting.

➢ Comment at yfrog on the Clapham clean-up photo 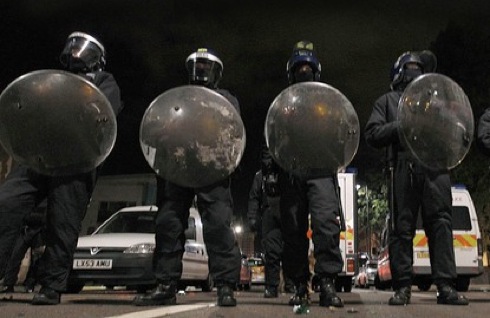 Riot police in London today: "appropriate force" will be used

STAY AT HOME TONIGHT AND ‘GIVE US THE STREETS’ — POLICE CHIEF

Sir Hugh Orde, president of the Association of Chief Police, told Radio 5 Live today: “The police will respond robustly and we will get the streets back.” 16,000 officers will be on duty in London tonight and will respond robustly to troublemakers and with appropriate force. Londoners are asked to stay indoors and give the police space in which to operate. 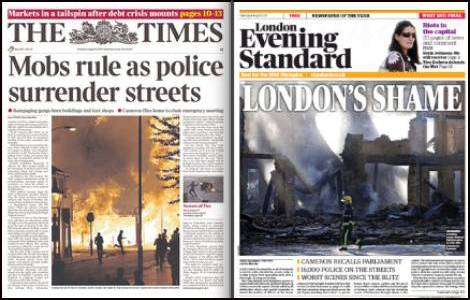 ➢ Live riot map: being updated with every verified incident by Guardian Online 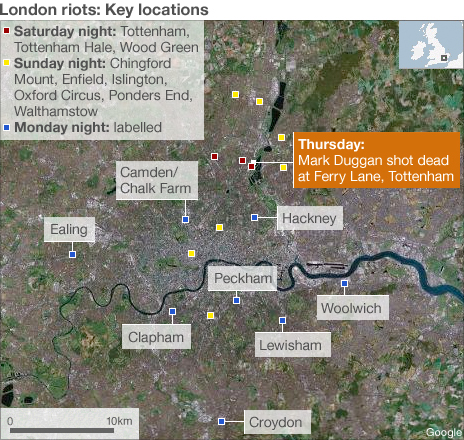 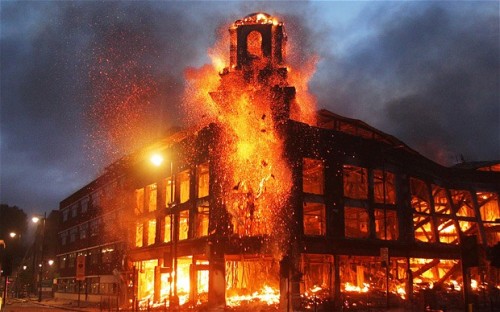 ❏ Tottenham Hale retail park, Saturday-Sunday: One looter asks the cameraman to look after his bike so it didn’t get nicked while he went inside the shops (by viceuk1) 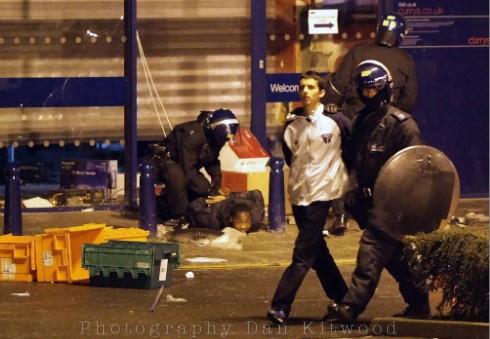 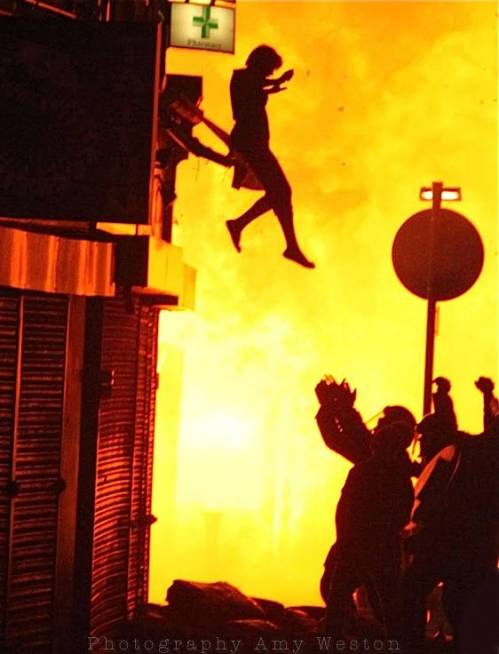 London riots, Monday: A woman leaps from a burning building into the arms of neighbours in Church Street, Croydon. She was later identified as 32-year-old Monika Konczyk from Poland, who works in the local Poundland store and was able to spend the night with her sister. Photograph by © Amy Weston/WENN.com

❏ Update Aug 10: The photographer Amy Weston took this dramatic shot on Monday night in what she called a “war-zone”, meaning the outer London borough of Croydon where the House of Reeves furniture store was ablaze [below]. It was published on the front page of Tuesday’s final editions of the Guardian, Times, Sun, Daily Mirror and Daily Telegraph and in many other papers. Weston says: “In front of me was this fire with six or seven riot police and this lady falling from a window, but directly behind me was Surrey Street market where the larger stores sell electrical products… As I turned around it was like a war-zone… People were turning on each other and beating each other up, and mugging and robbing each other. That’s when I took my cardigan off and wrapped it round my camera so nobody could see what I had and I ran as fast as I could through that crowd back to my car.” Listen to the full four-minute interview for BBC Radio 4’s Media Show here: 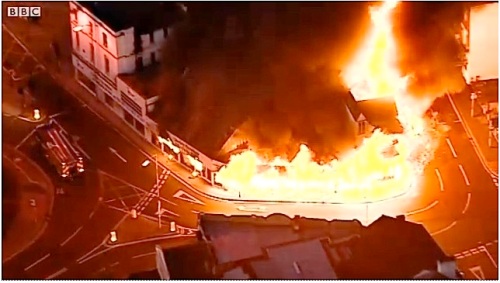 ❏ Driving through London riots: Video of looters ruling in Clapham about 21:30 Monday before police took control of the situation (by RussiaToday). 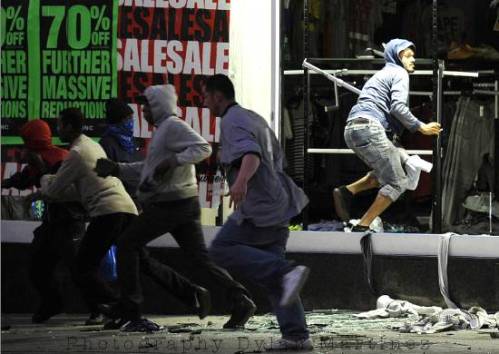 London riots, Monday: Looters run from a clothing store in Peckham, in a third night of violence. Photograph © by Dylan Martinez