➤ Uh-oh! Vice lifts the lid on the untold dramality of Dalston Superstars 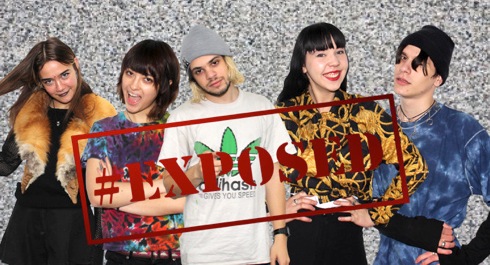 ➢ Click the pic to view the new #Exposed video

At first glance the show appeared to be just another dramality show in the vein of TOWIE or Jersey Shore, but, on closer inspection, was Dalston Superstars more than that? Was it in fact a searing satire, not only of reality television, but also of the mindless young hipsters who populate East London’s streets? ” / Er, discuss at Vice online

❏ Top Commenter and bad speller Guy Turner declares at Vicedotcom: “I think you started it as a reality TV spin-off with your cool hipster freinds [sic] then realised they were nobs [sic] so pretended it was satire as the abuse came in from all quarters.”