➤ The most ferocious Today grilling despatches the Beeb’s top cat 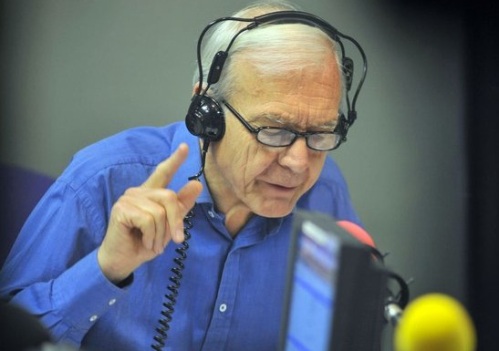 ❚ HE’S TENACIOUS, HE’S FORTHRIGHT, his reputation rests on being the toughest interviewer in British broadcasting. And yesterday he claimed the scalp of his boss, the director-general of the BBC. At 8:30am, the nation dropped their marmalade in a united splat on the breakfast table, as John Humphrys humiliated the recently appointed chief of the BBC for not reading the newspapers or listening to his own news service, and for being badly out of touch. That evening, the hopelessly outgunned George Entwistle resigned from the job he had held for 54 days. His own internal report into failures of journalism within the corporation was due to be delivered today.

This was the most rousing interview in memory to be aired by the Today programme, Radio 4’s current-affairs flagship renowned for its rigorous journalism. It was historic. Here was the BBC mired in a continuing controversy over investigations into child-abuse and the calibre of its editorial decision-making. Humphrys the grand inquisitor has a cupboard full of industry awards, and this bout was a model case of having the facts on his side, and of an interviewee, the BBC’s “editor-in-chief”, floundering like a novice because he had not marshalled his defence. On and on and on, Humphrys pressed him, and his quarry had nowhere to run. It was a rout.

“ So you’ve no natural curiosity? You don’t do what everybody else in the country does, read newspapers, listen to everything that’s going on and say, What’s happening here? Do you not read papers, do you not listen to the output? ”

The most disgraceful admission by the hopeless Entwistle was that neither had he read, nor had he delegated a minion to tell him the news of the BBC’s latest crisis broken by The Guardian’s front page hours earlier. Not only that, but he had embarked on the most important interview of his career unprepared. 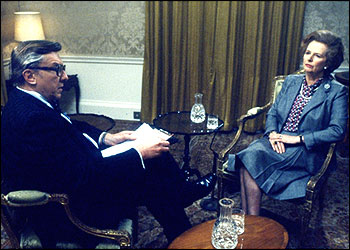 Anybody remotely experienced in pulling the levers of power, from prime ministers to chief executives, rehearses every high-profile interview with an adversarial colleague before entering the arena. On the eve of every interview with prime minister Margaret Thatcher, the hard man of a previous TV generation, Sir Robin Day, rehearsed the burning issues with the Evening Standard’s political editor, Robert Carvel. “Sometimes I played Thatcher,” Carvel reported, “sometimes he did.”

As for how a busy man reads the papers, my own mentor Charles Wintour, editor of the Evening Standard, had to be ready to chair the key editorial conference at 9:10am, after okaying his paper’s first edition. How? He would skim three national papers in the car before reaching the office daily at 8am. An early-bird journalist was employed solely to greet him with the day’s key stories cut from from the entire national press – an instant digest of the burning issues in an era before the internet was invented. That’s how, Mr Hopeless Entwistle. At 10am Wintour read the morning mail: “To help maintain standards of accuracy, I insist that all letters complaining of error [in the Standard] should be shown to me.” That how, Mr Hopeless. 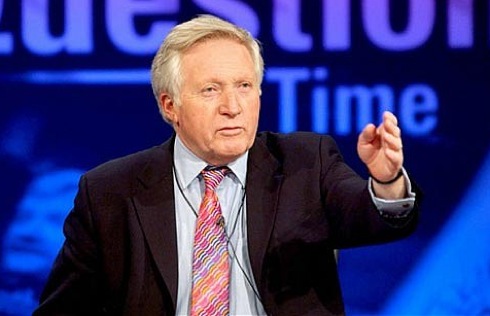 ➢ Broadcaster David Dimbleby talking to Humphrys today about the DG who resigned:
“ The fact that he didn’t fight back against you on Saturday shows he wasn’t the right man to lead the BBC ”

❚ TODAY’S TODAY WAS ALMOST AS HISTORIC. Coruscating, trenchant, yet scrupulous. One of the most resonant names in British broadcasting, David Dimbleby, damned the corporation’s management for having “gone bonkers” and speaking “gobbledegook”. He faced John Humphrys in the same studio seat that had helped jettison the director-general, and as a veteran TV journalist he nailed the failings of the BBC’s top brass. “The fact that [Entwistle] chose to resign rather than fight showed that he wasn’t the right choice for director-general, admirable man though he may be. If you are going to be the director-general you have got to fight for the organisation.”

The BBC’s jargonised bureaucracy does not produce good director-generals, he said. “You get people who have played the system carefully, who rise through the ranks and they don’t have the stomach for the kind of leadership that’s needed. The man at the top has to make sure there are systems that tell him: Have you read The Guardian this morning?”