➤ The world asks, Who is Boy George these days? And he answers

“It did all right, Culture Club, but, you know, move on” – Boy George the ex-singer 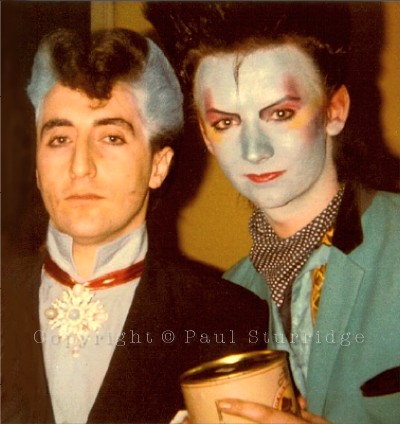 Philip Sallon partying with blue-faced George in 1980 when he was an obsessive record collector. (Photographed by Paul Sturridge)

“Twitter were very nice and got my name back [from somebody else] but Facebook won’t do it – so I actually don’t own my Facebook page. I’m Angela Gina Dust”