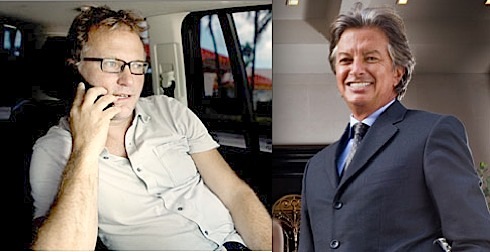 ❚ “TOO SCHOOL FOR COOL”!!! This is the Soho House’s newly enforced verdict on the wearing of suits and ties by its 15,000 members at its achingly hipster hangouts across the world. One London member has now been banned from entering the Greek Street club and a second warned via text message that he was dressing too formally.

A year ago The Daily Telegraph reported New York’s Soho House purging members to regain its cool, and over the past two years about 1,000 of its 4,500 members have not had their annual $1,800 memberships renewed, mainly bankers, lawyers and anyone considered “too corporate”. Being aged over 27 didn’t go down too well either.

The paradox is that the 80% owner of the Soho House Group, the immaculately groomed restaurant tycoon Richard Caring (worth £700m on The Sunday Times Rich List) is never seen out of a suit and seldom without a tie. On the other hand, his open-collared Soho House chief executive Nick Jones, who founded the careerist club in 1995, favours the dress-down style of the creative industries, judging by most of his Google images. In 2005 he told the Independent: “Yes, I get Basil Fawlty moments. They usually revolve around suits. I don’t like packs of people in suits. I feel like giving these people some jeans and a T-shirt and saying, ‘Can you go and put these on, please?’ ”

Does this mean Basil would turn away his boss Richard Caring at the door?

Style guru Peter York identifies what he calls Soho House’s implicit dress code as “knowing casual, rather than the smart casual people bang on about — Tod’s, dark linen, soft shirts with teeny open collars and all that expensively sub-fusc kit”. So loosen up, Mr Caring, if you expect to gain admission.

At the other end of London’s Old Compton Street, peels of laughter were tonight ricocheting round the distinctly more artsy and proudly louche Groucho Club (founded 1985) where broadcaster Stephen Fry has been known to murmur: “Ties are tolerated but not encouraged.” Matthew Hobbs, managing director of the Groucho, gave today’s Evening Standard the official line: “We have no dress code whatsoever.”

“ A leading London businessman has attacked “Stalinist” rules that led to him being banned from Soho House for wearing a suit and tie. Peter Bingle, 51, has been told he is not welcome at the West End members’ club or any of its offshoots after “clearly disregarding” its casual dress code. The sanction comes after another member was told that his suit was “too school for cool”.

Mr Bingle, chairman of Bell Pottinger Public Affairs, said he had received a “yellow card” e-mail two weeks ago. It warned him Soho House “openly discourages the wearing of suits at the clubs as we are a club for the creating industries and like being a relaxed environment”. Yesterday he was given his marching orders in a letter from UK membership manager Tom Russell. ”

➢ “As a member myself I go to Soho House wearing a tie because you are not allowed to” — Michael Hill, creative director of Drake’s, the Savile Row haberdasher, in the Evening Standard, July 28 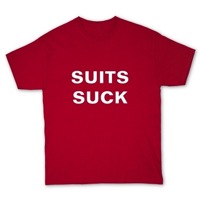 ➢ Soho House gets it in the neck for telling members to remove ties — Evening Standard, July 29