❚ THE MOST EXCITING GENERAL ELECTION FOR 31 YEARS takes place in the UK this week. Since the Conservative landslide that put Margaret Thatcher into Downing Street on this day, May 3, 1979, British voters have seen only one change of political ideology, from right to left (to use the word generously), with the Labour party landslide of 1997. The Conservative government won four consecutive general elections, and Labour governments subsequently won three. 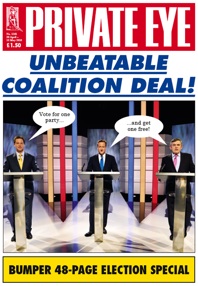 This points up unique new aspects of generation gaps. Half the adult population who are entitled to vote – and this embraces the UK’s delayed Generation X – have known only one political sea-change, while everybody younger than 31 – the 11m that include Generation Y who reached voting age since Labour came to power – have experienced only one flavour of government. Consider the tensions that should be reverberating within this nation’s breasts.

During the 1980s the Thatcher administration shifted for ever the tectonic plates underpinning society (though the concept of “society” was one she as prime minister famously denied). Parallels with today are spookily similar: an unprecedented recession has toppled many supporting pillars of the economy, while unemployment is passing 2.5m just as it did in 1979. Currently one-fifth of all people of working age are “economically inactive”. Among today’s 18-24-year-olds the unemployment rate is 17%, even for graduates. And a decade of austerity is set to declare itself just after the election.

By the dawn of the Swinging 80s, the young had grown very angry indeed with the grown-ups’ way of running things. Yet in the 20-tens, we find ourselves still unsure whether Generation Y are activists or slacktivists. Meanwhile those researchers at Pew already have a shrewd idea about the politics of online social networkers and whether they can be bovvered enough to stray offline and put an X on a ballot paper. Don’t hold your breath.

Would these songs change your vote? Newsnight invites rappers Nu Brand to create an anthem for the Conservative Party (BBC)