Tag Archives: Nothing Compares 2 U

➤ New from Prince: Holly Rock single and video, plus album of demos 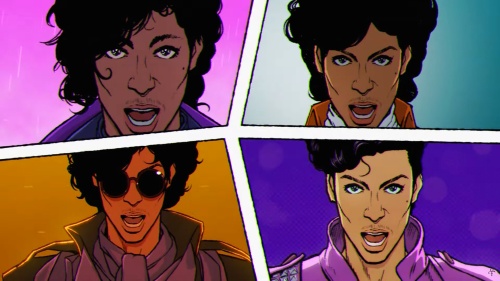 ◼ THE PRINCE ESTATE HAS RELEASED HOLLY ROCK, an electrifying song from 1985 produced for Sheila E but here rendered by Prince himself in a 3m47s edit and promoted this week with a spicey new animated video created by London-based Electric Light Studios. Holly Rock was recorded for inclusion on the original soundtrack for the 1985 movie Krush Groove.

The new single is the second taken from the album Originals, published last month and featuring 14 previously unreleased demo versions of Prince’s songs from 1981-85 written for his side projects, protégées and other artists. The Guardian said of the album: “(Originals) shows the breadth and brilliance of his compositional talents.”

Prince’s Originals on CD and vinyl

His original versions of tracks include The Glamorous Life, Sex Shooter, Manic Monday, The Time’s Jungle Love and Love…Thy Will Be Done, as well as deep cuts like Vanity 6’s Make-Up and Jill Jones’s Baby, You’re A Trip. The album also features Prince’s original 1984 version of Nothing Compares 2 U, released last year as a standalone single.

➢ Click to hear the full album of Prince’s Originals