2001 ➤ The other 9/11 assassination: could Massoud have become his nation’s spiritual leader? 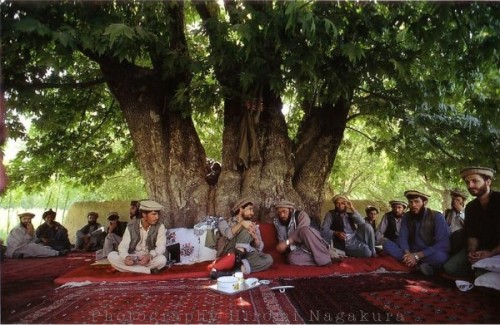 Ahmad Shah Massoud and followers photographed by the Japanese photographer and anthropologist Hiromi Nagakura who knew him over two decades... “Massoud said to me, ‘We are fighting against terrorism. If we don’t fight here, the war will only expand.’ After September 11, I finally understood what he was talking about.”

❚ SUNDAY IS THE TENTH ANNIVERSARY of the 9/11 terrorist attacks on the United States, but this week also marks a decade since Al Qaeda assassinated the one figure who was holding out against its protectors, the Taliban. This was Ahmad Shah Massoud, an Afghan guerrilla commander known variously as The Lion of Panjshir and the Afghan Che Guevara who became the nation’s defence minister. Following his death he was nominated for a Nobel Peace Prize, declared a National Hero of Afghanistan and Sept 9 is now observed there as a national holiday known as Massoud Day.

He was assassinated at the age of 48 two days before the Twin Towers fell, ostensibly as part of the 9/11 process to draw the US into the Afghan war in 2001. Two Tunisian suicide bombers posed as overseas television journalists to interview Massoud in Khvajeh Ba Odin, a small village in north Afghanistan, where they detonated a bomb hidden in their camera. 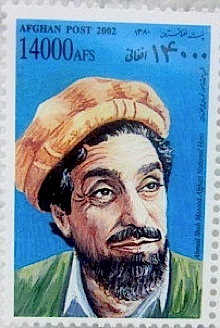 In 1996, during the civil war in Afghanistan, the Taliban seized the capital city, Kabul, and soon the majority of their fighting force were soldiers imported from abroad by Al Qaeda, the Sunni Islamist militant group founded by Osama Bin Laden and designated a terrorist organisation by the United Nations.

In 1989, Massoud had been instrumental in driving the Soviet army out of Afghanistan. In the 90s, with the Taliban gaining control of 90% of the country, he opposed them by creating the United Front (Northern Alliance), and so posed a constant threat to Al Qaeda.

What was revealed only last December, when the 30-year rule released previously secret UK Cabinet papers, was that western powers had decided in 1980 to provide “discreet support for Afghan guerrilla resistance” after the Soviet invasion of their country. This not only meant Britain secretly supplying arms to Massoud, but also that one faction of the mujahideen fighters were covertly funded by the CIA. These went on to become founding members of the Al Qaeda terrorist network.

➢ Afghanistan’s “lost pillar of stability” — Listen to yesterday’s flagship Today show on BBC Radio 4, when security correspondent Gordon Corera discussed why Massoud had to die before the Twin Towers fell. If he had lived, many believe Massoud would have become a vital pillar of stability for his nation. 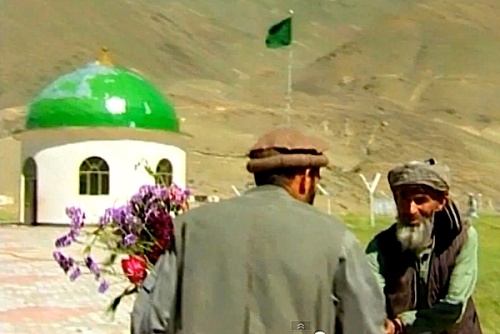 ➢ VIEW a scene from Ahmad Shah Massoud, a documentary (above) by Indian film-maker Iqbal Malhotra (from DocsOnline)

An Intimate Portrait of the
Legendary Afghan Leader

“ A freedom fighter, a warrior, a man of God, an intellectual, a humanitarian, a liberal… the list goes on. Massoud was a renaissance man, though his modesty would never acknowledge it. This is perhaps his greatest quality – humility. Unlike radical leaders such as Che Guevara, his desires were modest: Freedom and prosperity for his people.

“ Massoud was a passionate enemy of terrorism. He strongly objected to any terrorist-style actions by mujahideen during the war with the Soviets, and identified the war against the Taliban as a war against terrorism.

“ Massoud was a deeply spiritual man and a devout Muslim. It is important to make these distinctions, for “Massoud the man” has perhaps more in common with Mahatma Gandhi than Che. We are exposed to a man of grace, who revelled in the beauty of his country and his creed. ”

➢ Read more: the biography of Massoud by Marcela Grad is appraised by Justin McCauley in the Vienna Review of Books