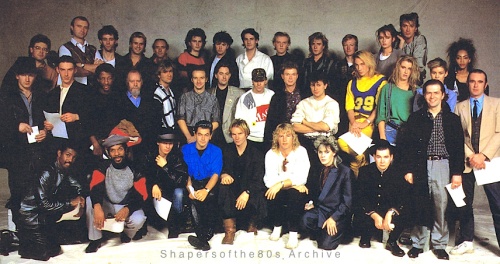 ◼︎ TODAY WAS THE DAY IN 1984 THEY RECORDED the song that became, for 13 years, the biggest selling UK single of all time. Do They Know It’s Christmas was released four days later, stayed at No 1 for five weeks, sold over three million copies and raised significant funds for famine relief in Africa. The project lead naturally the next year to Live Aid, the biggest globally televised rock concerts ever, viewed by two billion people in 60 countries, who coughed up still more dollars…/ Continued inside

➢ Previously at Shapersofthe80s:
How Geldof and Ure rounded up the unlikeliest megagroup
to record the biggest selling single of its era