◼ PARENTS BEWARE! The extraordinary exhibition of singer George Michael’s art collection currently showing in London would in any other medium be X-rated, yet at Christie’s the auctioneers it comes without any parental PG warning despite displaying images of rats copulating and a team game between naked men ejaculating. It delivers the highest genitalia count in auction-house memory: we see at least 40 penises, 27 vaginas and photographs of 108 positions of the “Karmasutra” enacted by a rubber-clad woman and a garden gnome. These are extraordinary counts for a show numbering 174 artworks. They go under the hammer this week in two auctions.

The penises, let’s hasten to add, are not George’s own. The biggest and probably most prestigious penis on show is attached to Lot No 1, cast in iron and belonging to Antony Gormley, Britain’s most respected living sculptor, famed for casting himself life-sized and naked, here under the title Another Time III (upper estimate £250,000). Another set of male genitalia is confected with typical bawdiness by Sarah Lucas from coiled wire, appropriately titled O Nob (est £25,000). 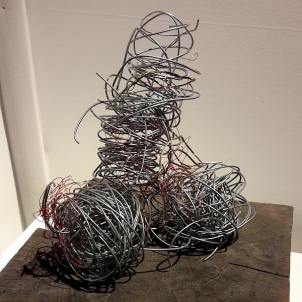 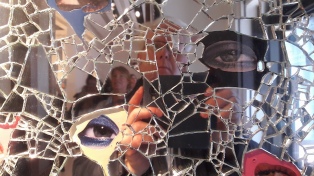 Running simultaneously is Christie’s larger online auction which ends on Friday, where Tracey Emin is a major contender by offering many scribbled vaginas but is beaten hands-down by the artist named only as Linder, a Liverpudlian graphic designer known for her radical feminist photomontages, here offering a gallery of naked Pretty Girls.

Some would say George Michael’s collection of art reflects fairly his obsession with sex and death (the skull count is notable, too). In addition to a soundtrack of his music, the exhibition’s loudspeakers beam out audio clips of George freely eff-wording and describing his sexual proclivities at high volume in every gallery, all in the best possible taste, as Kenny Everett would have said.

By the time we’ve taken in the many shiny works of “art” involving much glitz and a lot of tat, The George Michael Collection must be one of the most tacky shows to have been hosted by a leading auctioneer for years.

Ouch! That sounds far too judgemental for the 21st century, doesn’t it? So let’s hear from his admirers, posted on the Christie’s website. The singer’s former partner Kenny Goss tells us that George started collecting art after meeting artists such as Damien Hirst, Tracey Emin, Marc Quinn and Michael Craig-Martin: “The art collection was part of him. The YBAs’ openness and honesty about life, death and sex were a huge part of his world.”

Sue Webster, who is well represented in the collection with collaborator Tim Noble, commented on the “sexual nature” of many of the works George Michael bought. “But it’s all got two sides to it, a darkness and a light – and George’s music worked on many levels like that, so I can see the attraction.”

Photographer Mary McCartney believes the collection is quintessentially George Michael in that it consists of art that’s impossible to ignore. “He was very impactful,” she says of the man who had 15 number-one singles in Britain and America, and sold 125 million records over the course of his career. “[The collection] shows a lot of his character; there are a lot of brave pieces with an opinion.”

The critic Andrew Graham-Dixon concludes: “Traditionally there’s a very strong connection between British pop and Brit art. When the YBAs first came to prominence they did so almost like rock stars.” He goes further by suggesting that Tate Modern would not have opened had it not been for the YBA generation. “They transformed British culture,” he insists. Much as George Michael did with his music.

So – there’s the other side of the coin. Tit for tat.

➢ Results for The George Michael Collection Evening Auction, from 7pm on March 14 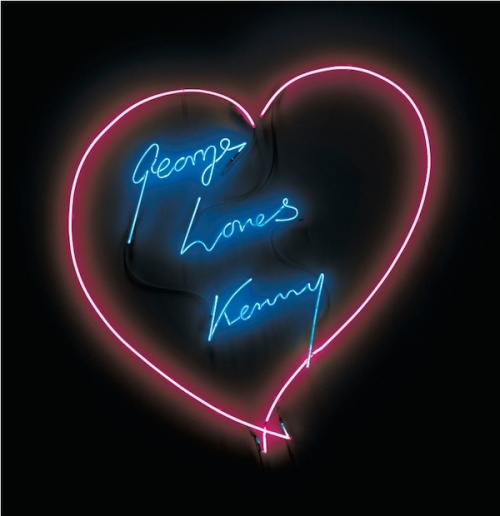 ❏ Many George Michael fans were clearly bidding all round the world from Singapore to New York during Thursday’s live televised auction at Christie’s London of 61 works from the singer’s art collection, so for some items the bids were brisk and keen.

The surprise sensations of the show were two pieces by Tracey Emin: her acrylic abstract painting on canvas Hurricane (2007, size 72 x 72in) was estimated by the auctioneer at £120k-180k and actually realised £431,250. . . and Tracey’s neon heart containing the message George Loves Kenny (2007, size 42x42in) which was estimated to be worth £40k-60k, yet after a suspenseful round of bidding finally realised £347,250 !

Another sensation was Noble & Webster’s Excessive Sensual Indulgence (1999), a dazzling, flashing array of 312 coloured UFO reflector caps, lamps and holders, which was estimated at £30k-50k, but went on to fetch £237,500.

Closing the two-hour sale, the final lot by former Blitz Kid Cerith Wyn Evans also exceeded expectations. An elegant wall-hanging neon sign titled And if I don’t meet you no more… (2006) had been estimated at £10k-15k, yet went for £68,750. Proceeds are going to extend the singer’s philanthropic legacy.

❏ Update – Proceeds from Friday’s online auction of 111 items totalled £2,045,375. Probably the most impressive sum raised was for Harland Miller’s oil on large canvas Penguin book cover, “Death, What’s in it for Me?” which realised £212,500. A superb Aubusson tapestry titled Pallidweave (one in an edition of three) by Rupert Norfolk went for the absolute bargain price of £15,000.