➤ Modern pop: godlike Quincy Jones tells it like it is 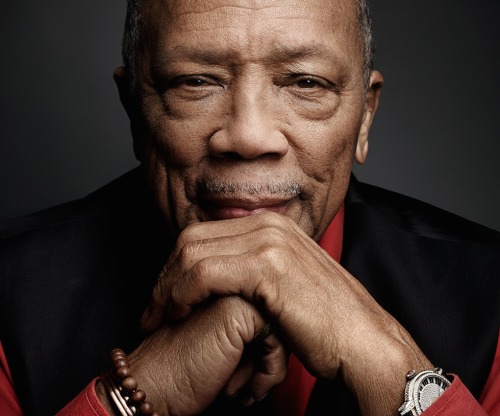 ◼ HERE’S ONE OF THE MOST exhilarating interviews you’re ever likely to read with a godlike genius of the American music industry who has won 28 Grammy awards and co-produced Michael Jackson’s biggest-selling albums. The Beatles aren’t the only stars to receive blunt verdicts today from Quincy Jones. But then he did train under the celebrated Nadia Boulanger who during seven decades taught hundreds of leading composers and musicians of the 20th century at the elite Paris Conservatoire, so he does know his stuff. Jones also reckons Jacko “stole lots of songs” and claims to know who shot JFK in 1963. Jones is about to turn 85, so what does he have to lose? Read his eye-poppingly frank revelations in a Q&A interview with Vulture, the culture and entertainment site from New York magazine. He does also pay respec’ to six young stars “doing good work”.

OTHER HEADLINES AT BBC MUSIC TODAY:

❏ Zayn Malik tells Elle India that he has recorded a tune in Hindi for a forthcoming Bollywood movie. Bradford-born Zayn is the son of a British Pakistani father and English mother who converted to Islam when they married.
❏ The Libertines to headline Kendal Calling, 26-29 July.
❏ Kylie to play two intimate shows in March in London and Manchester.
❏ Spice Girls ‘to kick off world tour in UK this summer’.