◼ ANOTHER YEAR ANOTHER BOOK LAUNCH. Here’s Iain R Webb doing the honours signing his latest in Mayfair this week – here for Hugo von Hugo, there for Helen David, there again for Carol Morgan, a professional trend tracker who, he swears, leaves a lasting impression on students at Central Saint Martins, something he knows about himself after four decades of journalism and professorialising. “It’s all about ego,” he declares. “That’s the only reason we do it.” A gaggle of respected colleagues are celebrating, from Hilary Alexander down. Let’s not forget Iain himself has edited quite a few smart fashion pages from The Times and Evening Standard to Elle and Harpers & Queen, since his first forays with Blitz.

This evening is what somebody calls a proper fashion event. Not only is Iain signing his latest book, Invitation Strictly Personal, at a launch party hosted by the Duke Street Emporium, the W1 outpost of Jigsaw, but he has also curated an in-store installation inspired by the book’s theme of whimsical, controversial and artistic promotional wheezes. Webb’s own art works are on sale alongside London Fashion Week T-shirts and totebags he has designed. On top of which is a modest display of his fashion ephemera over at Somerset House, while minor gems left out of the book also form the longest Tumblr on the Showstudio website you’ve ever tried to scroll infinitely.

The guests: Click any pic below to launch slideshow

In her foreword to the book, New York-based designer Anna Sui says the trick of a good invitation to a runway show is to allude to the themes of the collection, without giving away too much. Iain says the quandary faced by designers is to create a buzz while ensuring they get the right bums on front-row seats. His big hardback tome poses as a pick-and-dip coffee-table book of seemingly random moments hinting at one man’s dash through a world of smart bric-a-brac. It is more Sherlockian than that, and proves to be an erudite deconstruction of 300 totemic invitations to prestigious fashion events, plus images of promotional treats, none of which the public ever sees. They form a dotty archive while Iain’s insight wrings observation and surprise out of scores of renowned designers from Kenzo, Hamnett, Gaultier, Miyake, Capellino, Dior to any number of former Blitz Kids. Cent magazine calls it all “beyond fascinating”.

The joy of the champagne book-launch is Hils Alexander working the room garlanded in her infamous string of sacred Roman amulets she claims have power over male fertility. Oo-er. Helen David of English Eccentrics notes that Wendy Dagworthy is wearing Marni shoes‬ (is this comfort envy, one-up-manship or simple irony?). Tony Glenville says the event is “like a live Facebook” though ‪Sam McKnight‪ ‪admits afterwards: “I didn’t get any photos, I was too high on nostalgia!”

OF THE BOOK, GUESTS SAY:

The exhibits: Click any pic below to launch slideshow 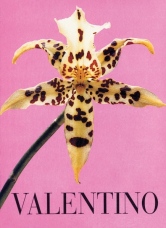 ➢ 40 Years of Fashion Invitations by Iain R Webb featured at Cent magazine – “A gem to be treasured for ever. This stunning book looks at an outstanding collection of more than 300 contemporary fashion-show invitations, and illustrates how the spectacle of the show is not limited to the runway”