➤ Another eyeopener from always-there Ridgers 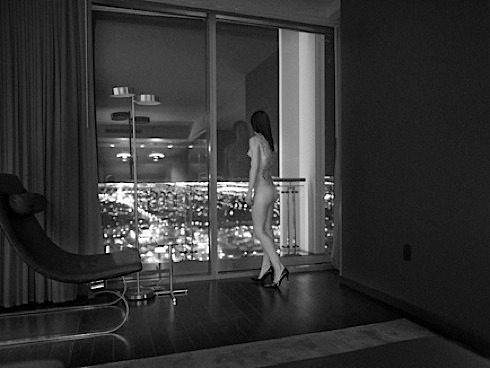 ❚ PUNK AND CLUB PHOTOGRAPHER Derek Ridgers has a new show titled Afternoon At The Seven Palms And Other Stories which opened this week at The Society Club in Soho.

At his blog Ridgers writes: “ This is my first foray into the world of a very mild form of erotica. It’s really more like naked portraits. I’m not at all sure how it’ll go down but Babette and Carrie have been very encouraging. The above photograph is of the mysterious and exotic secret agent Natassia Doubleoseven. There are two photographs of her in the show (I’d better not tell you her real name in case she has me eliminated)… The Society Club is a small but trendy cafe/ bookstore/ gallery and it’s run by Babette and Carrie, who have both been very supportive. Some afternoons I go there and have a chat and a coffee and stare out of the window … ” / Continued online