➤ Reborn Alison Moyet lets herself off the mainstream leash 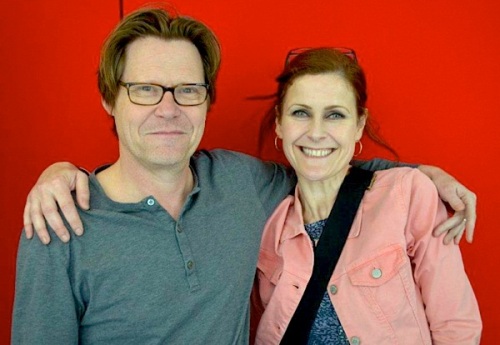 ❚ ALISON MOYET HAS COMPLETED her eighth solo album, The Minutes, with Guy Sigsworth on production creating a whole new synthesised sound. It is released on May 6 on the Cooking Vinyl label. Today she talked to Robert Elms on his BBC London show about slipping into “electro-jazz” and being able to say No to merely doing more cover versions. “I wanted to play a bit.”

She surprises Robert by saying, yes she is a mainstream artist, but regards herself as an instrumentalist, that her first instrument is “a voice – I love chanson, like Brel or Michel Legrand. But as well as being a voice, I’m an artist where voice is not the main thing, it can be about the lyric or the melody. I don’t always want the voice to be the focus!”

Alison Moyet, the Basildon punk, high priestess of electronic pop and peerless soul singer, set out as Genevieve Alison Jane. An Essex girl born to a French father and English mother, she left school at 16, became famous at 21 as singer in Yazoo, and released her triple-platinum solo debut, Alf, at 23. She found fame hard to handle at such a young age, but hindsight has helped her appreciate those experiences. “For a while in the mid-80s, it was amusing to be a pop bitch, but that changed, and it stopped being enough. Now I am able to put my early work into context and find pleasure in the innocence of it.” Between 1984 and 1987, Moyet was Britain’s biggest female solo star.

➢ On video, May 15: Alison Moyet talks to Absolute 80s Martyn Lee about her new album The Minutes

♫ Preview clips from Alison Moyet’s The Minutes, out May 6. The first single When I Was Your Girl is on sale already