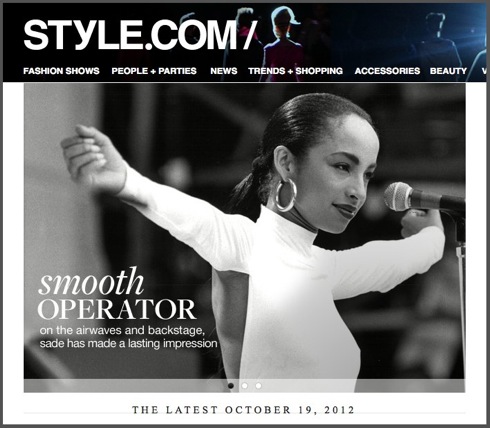 ❚ “JEAN PAUL GAULTIER SENT SADE LOOK-ALIKES down his Spring-Summer runway last month, and Olivier Rousteing borrowed her signature hoops and shoulder pads for his Balmain collection. The up-and-coming British soul star Jessie Ware owes everything to Sade, down to her painted lips and single braid.” So says the prestige fashion website Style.com today in its Beauty Icon spot. “As it turns out, fashion has played no small role in the life of Helen Folasade Adu,” it adds, while sketching her distinctive contribution to music and style.

Best of all, Style.com includes a classic early shot of Sade taken by Shapersofthe80s, long before she became a singer, when she modelled clothes by Melissa Caplan in New York during the now legendary invasion of America by London’s trend-setting Blitz Kids in 1981. Catch our eye-witness report inside: 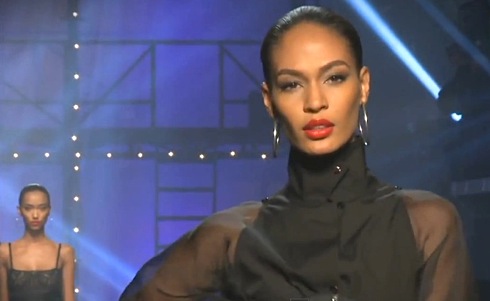 Jean Paul Gaultier’s take on the Sade style of ponytail and hoop earrings: one of many 80s tributes in his Spring Summer 2013 runway show last month in Paris