◼ STARMAN: HOW DAVID BOWIE LIT UP THE 1970s is the title of a two-session course coming up next month at London’s premiere adult-education institute, the City Lit. But you will have to get out of bed on two Sunday mornings to attend. The course costs £41 and its tutor, the music writer Toby Manning whose specialist subject is Pink Floyd, aims it at “music lovers generally” who will find out “how David Bowie’s songs, persona and style broke with 60s values and aesthetics and largely ‘invented’ the 70s”.

Toby promises lots of videos and says: “Watch how, through constant reinvention, Bowie’s relentless creativity set and reset the agenda for rock music throughout the 1970s and beyond.” Test your tutor’s mettle by viewing the stupendous Young Americans video from 1973 [above] and asking why Bowie is wearing those fabulous shoulders and what agenda did they set?

Afterwards, Toby promises, you should be able to “hold your own in any discussion about David Bowie”. So you’ll be ready to impress Mastermind’s 1.74 million viewers. Howzaboutthatthen!

Daily Telegraph: “David Bowie after collecting food from a cafe, bearing little resemblance to the fashion icon of the 1970s” (© Splash News) 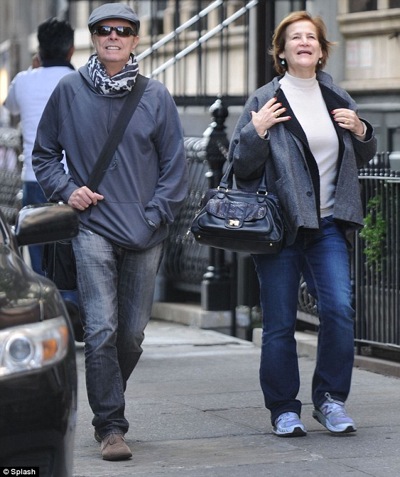 Daily Mail: “A grinning David Bowie has a wide smile as he joins Coco Schwab for lunch at Sant Umbroeus in New York” (© Splash News)

Between the two national newspaper reports accompanying these snaps of Bowie as a “hoodie”, neither offers one new piece of information and all the pix are completely undated. Eagle-eyed fashionistas will notice in the first “takeaway lunch” shot without his zebra print scarf he sports different shoes from today’s pix taken en route to a restaurant. So either David has scoffed two lunches, or, let’s guess, they were taken on different days.