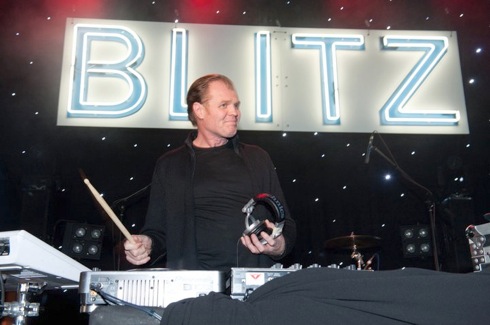 ❚ CHRISTMAS APPEAL FROM RUSTY EGAN — The ex-Rich Kids and Visage drummer, and musical co-host at the original Blitz Club in Covent Garden in 1979 now enjoys an international reputation as a society deejay. 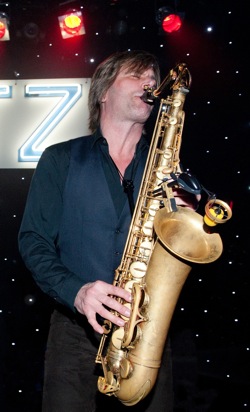 On Sunday December 11, he and Spandau Ballet’s Steve Norman are inviting readers of Shapersofthe80s to help raise money for charity. Rusty says: “Please support our Vintage 80s night in a nice Mayfair pub this Xmas and join me and friends. I will DJ and I hope some friends from the 80s will show up for a pint or a cuppa. Please buy a ticket even if you are unable to attend.”

The two 80s popstars have reunited in a unique nightclub double act where deejay Rusty spins the discs while Steve improvises on sax. Proud of their clubbing credentials which reach back to the landmark Blitz Club, Steve and Rusty perform a live deejay set of the coolest tunes from the swinging decade. Every performance is unique and reminds us of their own bands’ legacies and of the abundance of new sounds the 80s bequeathed.

➢ Vintage 80s night anchored by DJ Rusty Egan — from 18:00, The King’s Arms, at the east end of Shepherd Market, W1J 7QB … The evening is a fund-raiser to buy vital equipment to treat children in the Cardiac Intensive Care Unit at Great Ormond Street Hospital — and the publican Art Bennett even has a letter from the charity to prove it!

WHAT RUSTY and steve are ALSO UP TO…

➢ View video: Who is Rusty Egan? — Below, we see Egan “Deejay By Appointment” to the future king and queen, Wills and Kate. 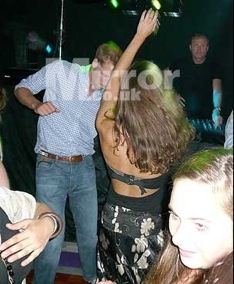 ➢ Electronic sounds only at Rusty’s new clubnight
Frequency 7 which is held on the first Friday of the month at The Purple Turtle, Camden NW1 1TN, with Jo The Waiter playing dark electro and industrial, plus quality electro bands live and vintage New Romantic visuals, till very late.

♫ Listen to Rusty’s latest mix 2011-11-17 at Soundcloud — a new one-hour mix of reworked classics and new electro which include a True rap… Also, his Chilled Electro Mix Sep 2011.

➢ For news updates about Rusty’s musical ventures visit his official website for The Blitz Club, named after the pioneering 80s London club-night. It also represents the record label, Blitz Club Records, and you can download R.E.R.B. and other releases there.