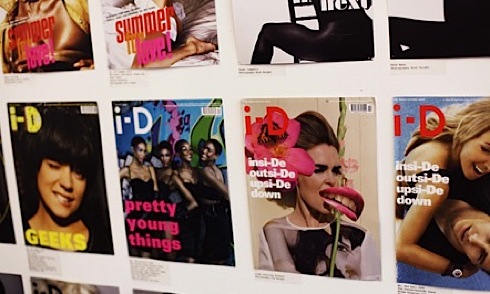 i-D NOW: a pop-up exhibition at the Red Gallery in Hoxton

❚ THE ORIGINAL FASHION AND STYLE BIBLE, i-D, has decided to celebrate its 31st birthday with i-D NOW. This is a pop-up exhibition of historic covers, plus interactive events featuring industry-leaders, in conjunction with the Taschen anthology, i-D Covers 1980–2010, which was published last year. The event aims to give a behind-the-scenes look at how some of those covers and their hallmark winks were created.

Details are being announced tantalisingly via Twitter but known tasters include past i-D fashion editor and broadcaster Caryn Franklin leading a discussion about fashion. 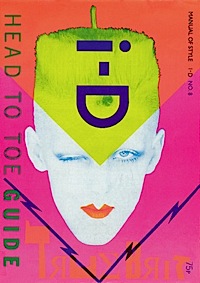 Coincidentally, by way of promoting the pop-up, i-D Online catches up with a couple of style-setters who first appeared together in a straight-up shot for the magazine’s third issue back in 1981. This was the height of the Pose Age when Scarlett Cannon and her startling haircut fronted the ultra-hip Cha-Cha club and she subsequently became the cover girl on i-D’s eighth issue.

Helen Carey with her own unique hairplay worked with designer Martin Degville in Kensington Market, where she was pictured here by Shapersofthe80s. They’re still up for striking a pose 30 years on, during which time Scarlett tells me she been “in full-blown glamorous gardening mode” as a garden tutor and food-growing consultant, among other things. For i-D she talks about her friend Helen’s business Vintage Vacations, which offers holiday retreats in classic silver American trailers.