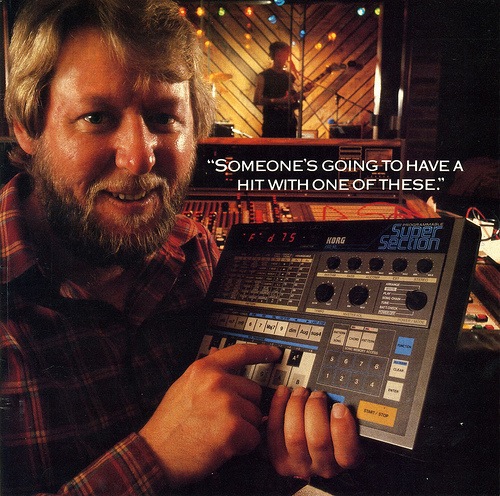 ❚ A TRUE SHAPER OF THE 80s DIED YESTERDAY. Martin Rushent, the mould-breaking UK music producer, was 63 when he suffered a heart attack at his home in Berkshire. What he stamped on 80s electronica was a rhythmic template of synths and drum machines that came to characterise much mainstream pop, notably The Human League’s breakthrough album Dare in 1981, which spent 71 weeks in the UK chart, and became a worldwide smash. Rushent was known as a hard taskmaster. He insisted on bringing the Sheffield-based band south to escape the “unhealthy atmosphere” of Monumental Studios oop north, and his influence was not immediately welcomed by the League’s leader Phil Oakey, following the early band’s split and reconfiguration in 1980.

It began with their first single The Sound of the Crowd [see video below] which peaked at No 12. Rushent was a pioneer of the remix, who decided to improve on the League’s original version of Dare by creating 1982’s Love And Dancing, a complete makeover of the original album. It went to No 3 in the LP chart and is today regarded as his game-changing calling card. As with the Stranglers earlier, Rushent achieves a razor-sharp clarity for each instrument, here dominated by the electronics he so believed in. The Scottish pop group Altered Images also enjoyed chart hits thanks to Rushent’s production. He was named Best British producer in the 1982 BRIT Awards.

Many also regard Rushent as the best new-wave producer of the late 70s through his work with The Stranglers, Britain’s longest-surviving rock band from that post-punk era (he produced their first three albums which would become both commercial and classic, Rattus Norvegicus, No More Heroes and Black and White), as well as Gen X, Buzzcocks, XTC, 999 and Hazel O’Connor. Other acts he engineered earlier in the 70s were T.Rex, David Essex, Fleetwood Mac, Yes and Shirley Bassey.

Rushent custom-built a £250,000 high-tech recording studio at his home near Reading where, he said, “The air-conditioning alone cost me £35,000”. Here ex-Buzzcock Pete Shelley made his debut album Homosapien (1981) as a solo artist for Rushent’s record label Genetic. This had its London office a couple of floors up from the legendary Blitz club where Rusty Egan and Steve Strange ushered in the New Romantics movement in 1979. Egan says that Rushent facilitated two Visage tracks, Tar and Frequency 7 (“recorded in his garage in 1979”).

His 37-year-old first son Tim says his father hated playing by any accepted rules of the game and brought irreverence to the production process. His musical signature was to add a sophisticated mix of vibrance and colour, so beefing up the musical temperature higher than a band managed to achieve for themselves. He cites The Human League’s first No 1 hit Don’t You Want Me, and Fascination (as well as Altered Images’ Happy Birthday album track). Dad’s tactic had been to bring into The Human League punk rocker Jo Callis from the Rezillos to act as a co-writer and catalyst. 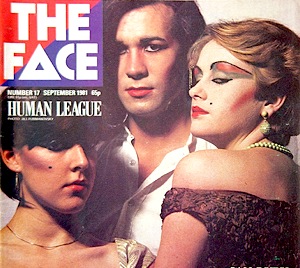 The Human League, 1981: Phil Oakey and the girls he immortalised in that lyric, Joanne Catherall and Susan Sulley

BBC journalist Linda Serck recalls how Rushent made clear who was boss when he met The Human League: “They were under the impression that I was going to work on what they’d done so far and improve that and carry on. I said, ‘No I’m not doing that, we’re starting again’, which was a bit of a shock for Phil [Oakey]. He argued about that but I said, ‘No, if I’m going to produce you, you’re going to do what I tell you to do’. This is my attitude to everybody I produce, it’s a sort of democratic dictatorship!”

Tragically for producer and band, the end came abruptly after three years’ hard work. In a moment of pique, backing singer Susan Sulley (famously discovered while at school dancing “in a cocktail bar”) asked the perfectionist Rushent, who was old enough to be her father: “What do you know about what young people want?” In any normal workplace this would be grounds for her dismissal. In this case, the insult detonated the end of a lucrative, million-selling business partnership.

➢ “When producer Martin Rushent took the Human League’s leaden new song and turned it into pop gold, the band hated it” — A revealing interview with Sound On Sound, 2010

♫ Peaches by The Stranglers — “Bass sound?! I asked him one time how he got that bass sound, he said: I turned everything up” — James Rushent, his second son, a musician.

♫ Three days ago Martin Rushent listened to two of his own tracks at his MySpace page: In Your Arms Again (from 2007) and Itchy Hips (2006).

AMONG TRIBUTES FLOODING IN TODAY 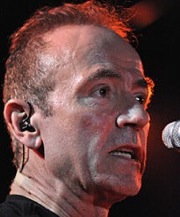 Hugh Cornwell (left), vocalist and guitarist with The Stranglers: “ It is with great sadness that I hear of Martin Rushent’s passing. He was a vibrant and gifted individual who was able to extract the essence of what The Stranglers began with, and translate it into something that could be played on radios across the UK. It was obviously no one-off success, as he was later to show with The Human League. I remember him fondly. ”

Midge Ure of Ultravox “ He saw the potential in synthesisers and a future in electronic music. Sad loss for all music. ”

Visage drummer Rusty Egan: “ Martin, Midge Ure, Barry Adamson, Billy Currie, Dave Formula, John McGeogh, myself and Steve Strange all hanging in your house in summer of 1979 recording our debut album VISAGE … Because YOU believed … THANK YOU … You were a total genius, and like all geniuses before you, you had a crazy life but an amazing body of work … I am welling up remembering your kindness and love for music… ”
➢ Listen to Rusty Egan’s set of Martin Rushent re-mixes from the 80s dancefloor newly uploaded to Soundcloud

Altered Images drummer ‘Tich’ Anderson: “ I’ll remember all those hours in Genetic studios fondly. Sorry for crashing your Jaguar. xxxxxx You were a genius Martin. ”

Visage vocalist Steve Strange: “ Martin one was not only a genius but as a 17-year-old making his first record, he was a true role model, inspiration and guiding figure. He signed our first record Tar to his record label and for us, started the ball rolling. We owe him so much. Thank you.”

Tim Rushent, son and sound producer: “ As many of you know I had a VERY fractious relationship with my Dad. But I never doubted his work as a producer, friend and raconteur. Feeling even more proud of him professionally today than I have done for 37 years. ”

➢ Pay your own tribute at the Facebook page Martin Rushent Memories

Prof Ben Rosamond, Uni of Copenhagen: “ Just under 36 minutes of music, but thousands of hours in the making. According to Simon Reynolds in Rip it Up, Love and Dancing consisted of 2,200 main edits and a further 400 small edits. There were so many splices that the mastertape was close to disintegration. The work of a genius. Others have said this, but it’s true for me as well. Martin, you fashioned the soundtrack of my teenage years and so many of the melodies and musical phrases that pop in and out of my adult consciousness are yours. Thank you. Rest in peace. ”

Heather Priestley, anaesthetic ODP, London: “ Martin you were a much loved legend, RIP. I haven’t felt this sad since losing John Peel, like you, part of my youth and the music that made me who I am today. ”

➢ Telegraph obituary: “Rushent forged a new way of sequencing and programming synthesiser-based music — in the process pioneering the technique of sampling”