2011 ➤ What happens when retromania exhausts our pop past 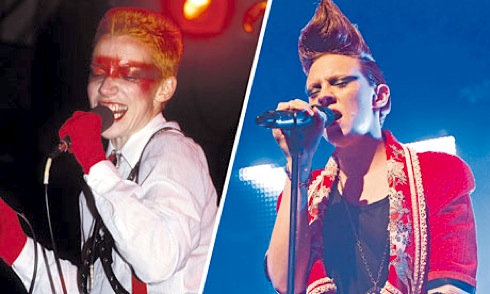 From synth pop to Hollywood remakes to collecting manual typewriters, we’re busy plundering the past. But why the fatal attraction? Today’s Guardian runs an extract from a new book by music writer Simon Reynolds. Here’s a taste…

❚ “THERE’S NO SINGLE THING that made me suddenly think, Hey, there’s a book to be written about pop culture’s chronic addiction to its own past… But if I could point to just one release that tipped me over the edge into bemused fascination with retromania, it would be 2006’s Love, the Beatles remix project. Executed by George Martin and his son Giles to accompany the Cirque du Soleil spectacular in Las Vegas, the album’s 26 songs incorporated elements from 130 individual recordings, both releases and demos, by the Fab Four.

“Hyped as a radical reworking, Love was way more interesting to think about than to listen to (the album mostly just sounds off, similar to the way restored paintings look too bright and sharp). Love raised all kinds of questions about our compulsion to relive and reconsume pop history, about the ways we use digital technology to rearrange the past and create effects of novelty. And like Scorsese’s Dylan documentary No Direction Home, Love was yet more proof of the long shadow cast by the 60s, that decade where everything seemed brand-new and ever-changing. We’re unable to escape the era’s reproaches (why aren’t things moving as fast as they did back then?) even as the music’s adventurousness and innocence make it so tempting to revisit and replicate.”

➢ Continue reading the extract from Retromania at Guardian online

➢ Retromania: Pop Culture’s Addiction to Its Own Past, by Simon Reynolds (496 pages, £10.79 at Waterstone’s online)