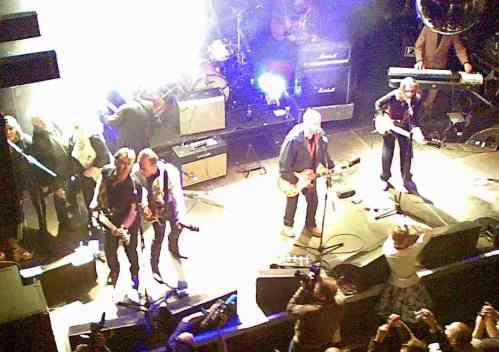 ❚ RICH KIDS ARE USUALLY WRITTEN OFF as “a short-lived, much-hyped rock band from London”, founded in 1977 by songwriter and bassist Glen Matlock, after he quit The Sex Pistols more enamoured with 60s sounds than 70s. Indeed the Kids were a one-hit wonder with only one eponymous single ever making the lower reaches of the charts, for five weeks in 1978. Yet with hindsight, they are today dubbed by the cognoscenti such as Spandau Ballet songwriter Gary Kemp and his band’s manager Steve Dagger as the “Missing Link” between punk and the New Romantics movement – an admission that was absolutely verboten in Spandau’s early days.

All of which made a one-off reunion gig at the Islington Academy last night, Jan 7, 2010, a curious footnote to history. For in the audience were some of the coolest clubbers from the 1970s scene, as enthusiastic as schoolboys, snapping away on their phonecams. Everybody, of course, was now hitting paunchy middle age, both onstage and off, and it took several numbers before the band got into its power-pop stride.

The occasion was poignant. Matlock and his mates were staging a charity benefit for fellow Kids guitarist Steve New who is fighting ill health. As in the old days, Midge Ure turned out on lead vocals with Rusty Egan on drums. Then for Ghosts of Princes in Towers, Spandau’s Kemp received a warm welcome by joining his iconic heroes wearing Romantic plaid trews and jamming on guitar. The other occasional Kids member, ex-Clash guitarist Mick Jones, supported last night’s bill in his noisy incarnation as Carbon/Silicon with fellow punk Tony James.

So what was the missing link during the post-punk vacuum? The tell-tale signs are all over the early photos of Rich Kids and especially in their very Mod-flavoured 1978 debut on Top of the Pops that epitomised power pop, viewable in this video. The ex-Pistol Matlock favoured melody, the glam popster Ure favoured electronics while both revered the Small Faces as gods from the 1960s. In Mojo magazine last month, Ure said: “What Glen did back then by asking me to come and join the band was incredibly brave. He could have chosen any cool, punky young guitarist-singer in London – I mean, there were thousands of them. Instead he chose this teenybop, bubble-gum type guy, therefore making things incredibly difficult for himself… I suppose the Rich Kids were the Humble Pie of our day: not The Herd and Small Faces, but the Pistols and Slik – you couldn’t get anything more opposite.” 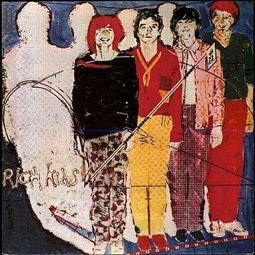 At last night’s gig, fashionista Graham K Smith, formerly of New Sounds New Styles, drew a stark contrast between the look flouted by the Kids and the black-or-black prescribed by the punk fashion police. “The Rich Kids were fops. They were absolutely going against the dour sartorial styles of the time. Their hair was long, shaggy, grown-out pudding bowls. Matlock was in velvet jackets and baggy, piratical shirts (at least two years before Vivienne’s seminal pirate collection). Midge was in pink and red towelling nursery garb, and the immaculate Steve New was pushing the boundaries in pink leopardskin-print drainpipes, with his updated take on 1974’s mohair jumper vibe. In retrospect, the Kids are the link between early 70s glam, and the full-on fop explosion of the early 80s.”

It’s the fortunes of the Kids’ shifting yet highly talented personnel and their projects which make them significant. As writer Simon Mills “from Smash Hits” (launched 1978) said last night: “Can you name all the bands Midge Ure has been in?” From Slik in 1974 onwards, this Scottish weathervane has graced more than half a dozen, see here. As a DJ Egan of course pioneered the electrosynth dance sounds that were to transform UK clubbing, splitting with the guitar-led Rich Kids to form the synth-led group Visage in 1978 with Ure and Steve Strange, who quickly established himself as the popinjay of New Romance. It was Ure’s vocals that eventually established one of the seminal sounds of the 80s with the band Ultravox, who also set a benchmark for pop videos by shooting on celluloid to achieve a cinematic effect, notably with Vienna in 1981.

Last night, after breaking a few sticks on his drumkit, Egan had the last word: “I’ll be glad to get back to deejaying.” 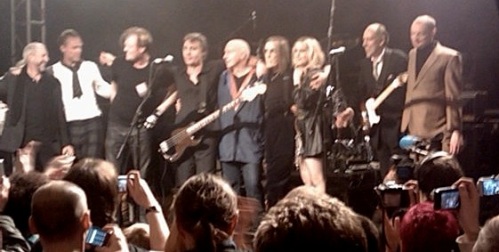